For the first time in 60 years the paving stones at Beijing's Tian'anmen Square are being replaced, reports Beijing Evening News.

Tian'anmen Square has thousands of paving stones that were laid back in 1958. 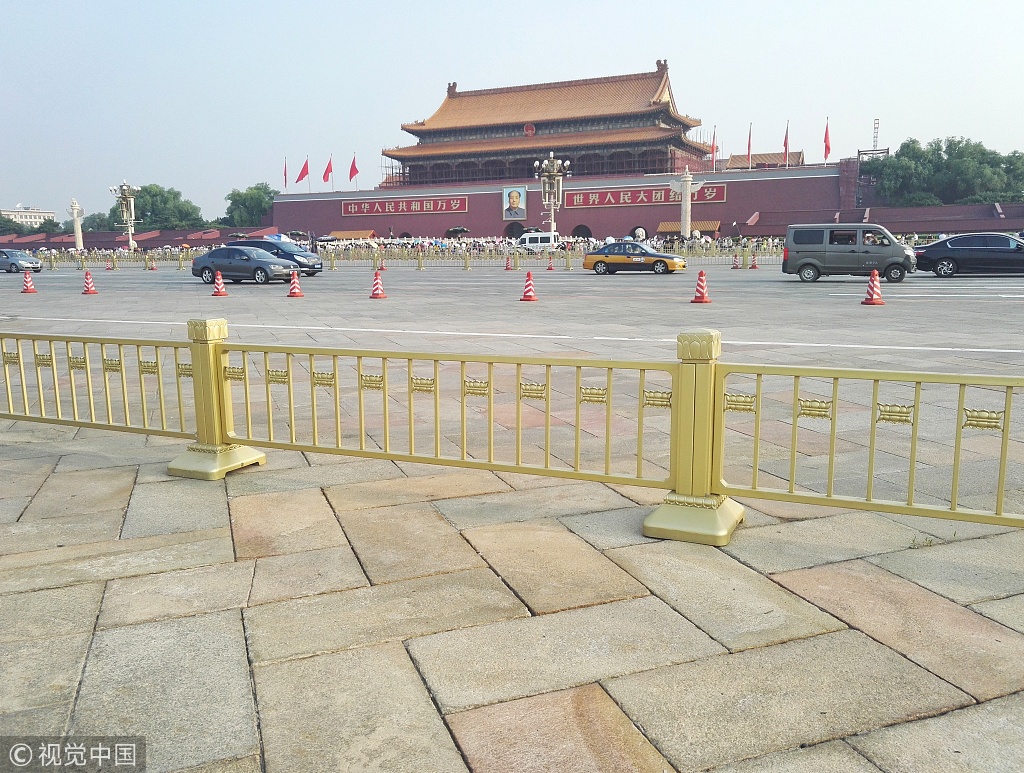 On Wednesday, work started to replace about 200 of the giant stones at the northern and southern sides of Chang'an Avenue.

And some flagstones that have subsided will be flatted by refilling grouts.

At the same time, repairs are underway on the Tian'anmen Rostrum. The famous tourism site is expected to reopen to the public in April 2019.