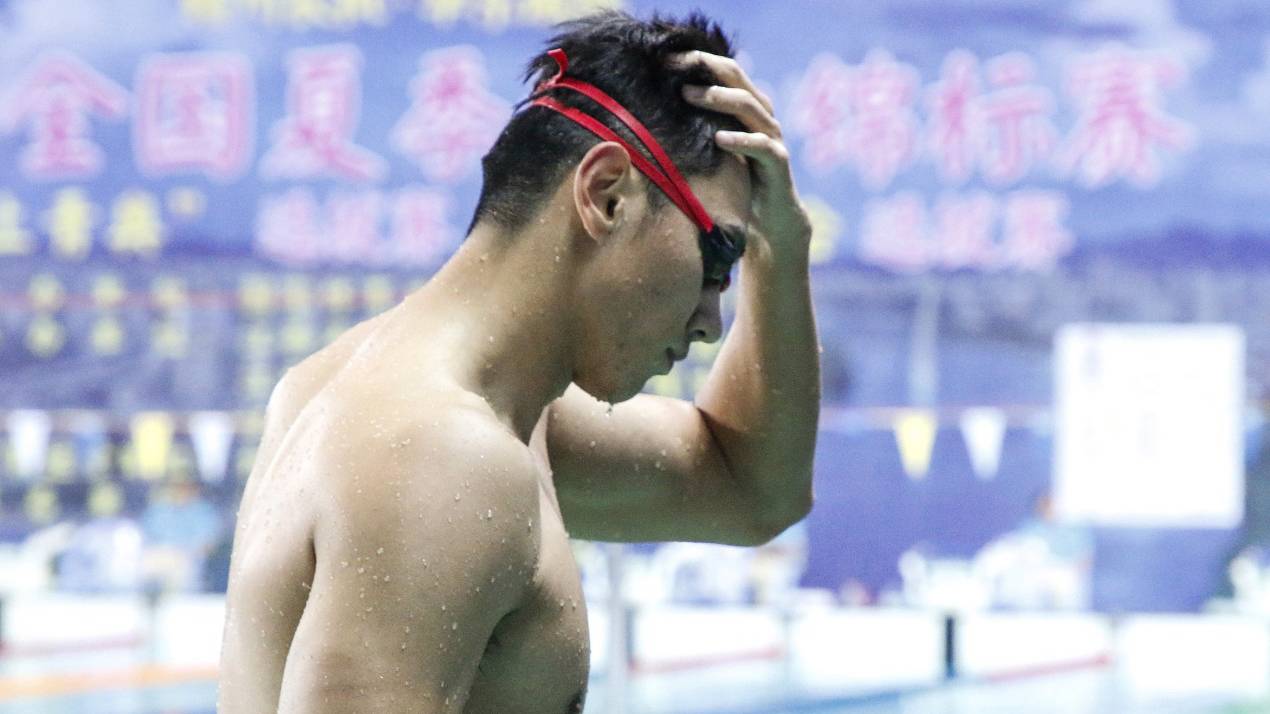 China is holding its prestigious National Swimming Championships in the city of Rizhao in the eastern province of Shandong.

Former world titleholder in the men's 100m freestyle Ning Zetao has been forced to withdraw from the final after sustaining a finger injury.

The Henan native had clocked a time of 49.06 seconds in his heat, but has now pulled out of both the 100-meter and 50-meter competitions.

In the women's 400m freestyle, Wang Jianjiahe was seeking her third title in Shandong, after winning the 100m and 200m events. Earlier this month, the Liaoning native broke the 400-meter short course world record, at the Swimming World Cup in Budapest, and the 16-year-old maintained her form in Rizhao. After taking the early lead, she cruised to the wall, and grabbed another gold in four minutes and 6.60 seconds.

In the men's 50-meter breaststroke, a late sprint helped Shanghai's Shi Weijia claim the title in 27.51 seconds, four hundredths of a second ahead of Wang Lizhuo from Heilongjiang.

In the men's 100-meter backstroke, Li Guangyuan won his first gold in 54.37 seconds.