The city of Ningbo in East China's Zhejiang Province on Thursday closed internet cafes, entertainment venues, cinemas, gyms and religious places in a district after a worker from a container shipping company at the Ningbo-Zhoushan port, the world's largest port in terms of annual throughput, tested positive for coronavirus on Wednesday. 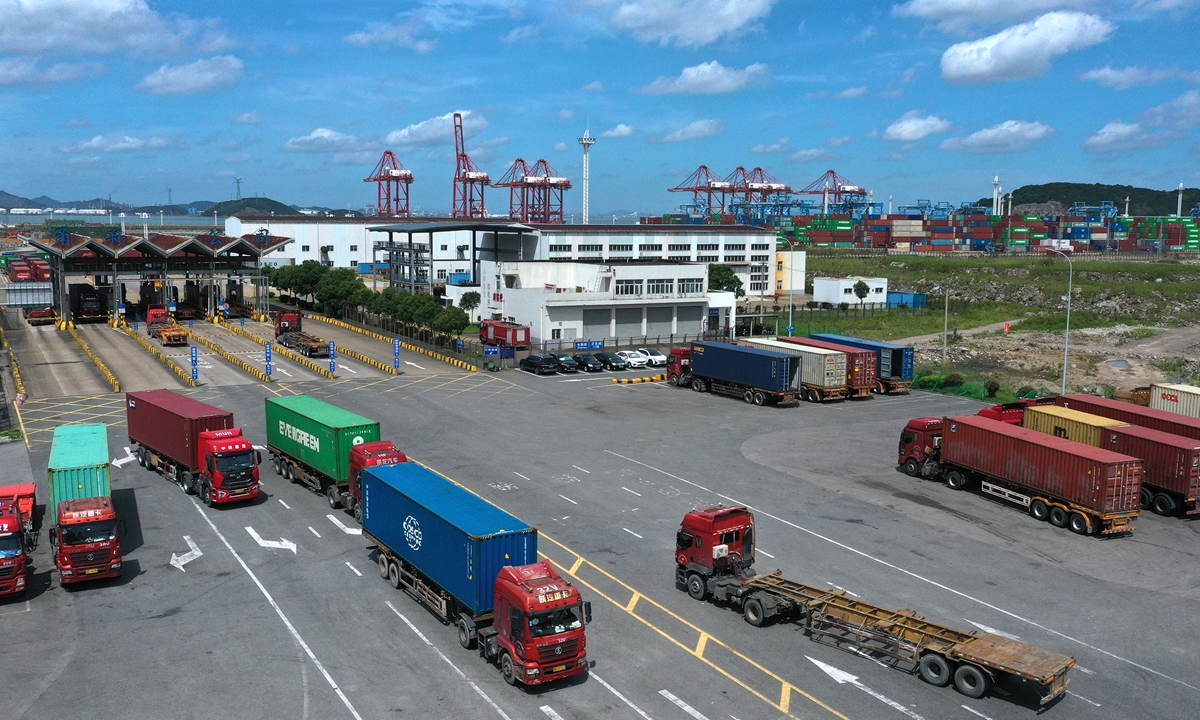 Container carriers run into Zhoushan Yongzhou Container Terminals at the Ningbo Zhoushan Port in East China's Zhejiang Province on Tuesday. According to local customs data, Zhoushan Yongzhou handled 21,290 standard containers by overland routes in the first half, surging 3,417% year-on-year. Many shippers opted for land routes instead of water, partly because of lower costs. Photo: cnsphoto

The person was infected with the virus through contact with foreign cargo or personnel, and the virus was confirmed as the Delta variant.

According to a press conference on Thursday afternoon, all internet cafes, entertainment venues, performance halls, cinemas, gyms, bars, foot massage and bath centers as well as religious places in the Beilun district in Ningbo were ordered shut down.

Three communities in the district, where over 33,000 residents live, are under closed-off management. So far, 758 people are under quarantine.

To prevent proliferation, all flights in Ningbo airport to and from Beijing have been canceled since Wednesday afternoon.

The 34-year-old patient, surnamed Yu, is under hospital quarantine. All close contacts of Yu are also under epidemic management; and the sites involved have suspended work and were disinfected.

When asked why the worker was infected despite being vaccinated, local officials explained that it is related to his immune system.

"The protection rate of the COVID-19 vaccine is not 100 percent, and the vaccine is highly effective in preventing serious illness. Yu was administered with two doses but he did not show any symptoms. He is an asymptomatic carrier," the official said.