Grapes have rewritten the destiny of many impoverished families in the humble prefecture of Xihaigu. 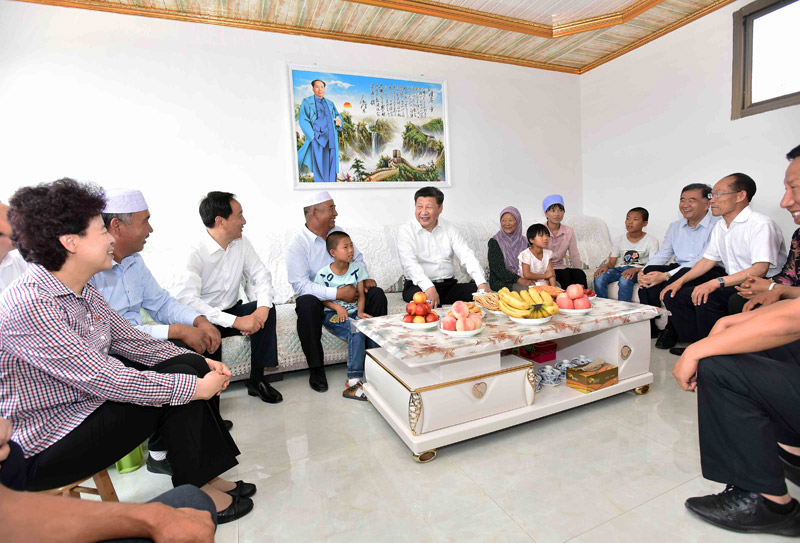 The once bleak and desolate eastern foothills of the Helan Mountains in Northwest China’s Ningxia Hui Autonomous Region are becoming better known for their new wine than their old poverty.

Behind these encouraging stories in the eastern foot of Helan Mountain is the cooperation of western Ningxia with their counterparts in eastern Fujian Province.

In 1996, the Communist Party of China (CPC) Central Committee and the State Council announced a plan of pairing-off cooperation between China’s more developed eastern regions and less developed western regions to alleviate poverty.

In 1997, residents were relocated from barren Xihaigu to a town specially set up for this purpose: Minning, Ningxia.

Minning, a town packed full of migrants, gradually accepted 40,000 relocated people and become a paradigm of poverty alleviation through the cooperation of Fujian and Ningxia. 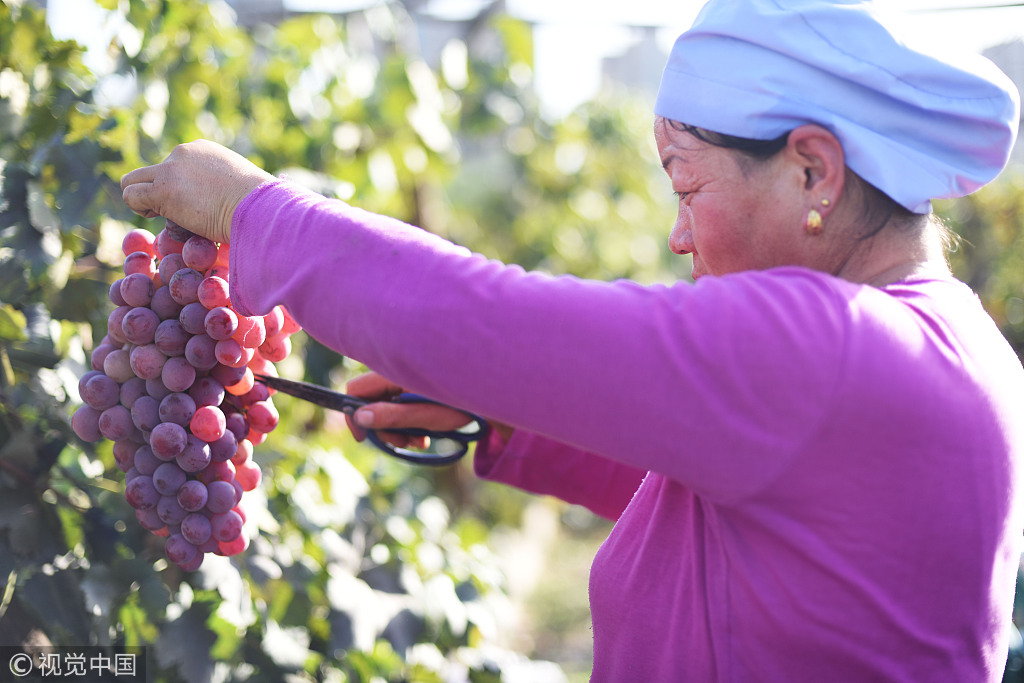 Chen Deqi has lived in Minning for 13 years. He operates a vast vineyard providing jobs for hardworking farmers seeking a better life.

Yang Cheng, once an anxious farmer who worried about irrigating his arid land, found a job with Chen as an electrician in the vineyard after he moved to Minning. Yang’s family today earns over 10,000 yuan a month.

In cooperation between Fujian and Ningxia, the grape industry came first.

The eastern foothills of the Helan Mountains were identified as having the right sunshine and temperature for grapes to prosper.

Grapes occupied 38,000 hectares of Helanshan Donglu at the end of 2019, and the industry employed approximately 120,000 ecological migrants a year.

Xu Fengqin, who comes from an officially registered poverty-stricken household, has lifted herself out of poverty by planting grapes. Last year, she earned nearly 20,000 yuan.

Hongsibu District has 7,067 hectares of grapes with an estimated yield of 8 million bottles a year.

But a new wine-producing region needs time and guile to create and market a successful popular brand. In the early days, Ningxia wineries were stockpiling 15,000 tons of unused wine.

The Ningxia wineries knew they needed help – and Fujian responded.

Hongsibu District was paired with Dehua County of Fujian. Dehua government officials moved into temporary posts in Hongsibu to help solve the problem of lakes of wine. 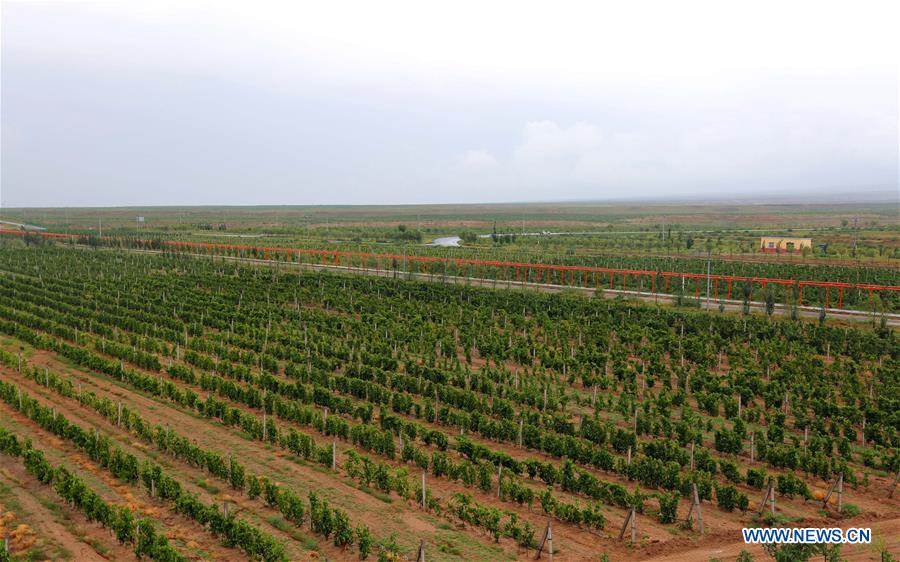 “Fujian has become our largest market outside Ningxia,” Dou said. “Last year we sold 5 million yuan of wine there.”

Lai Youwei, a Dehua official and the deputy director of Hongsibu District, brought traders to visit the wineries and promoted other local agricultural products online.

Wang Ling, the vice manager of Luoshan Winery in Hongsibu District, said that she only wished more officials would work there in temporary positions: They promoted products, expanded the market and inspired new ideas, Wang noted.

Any industry depends on a smooth chain of industrial supply and distribution. For the eastern foothills of the Helan Mountains, the biggest obstacle for the wine was the remote location.

Zhu Wenzhang, a Fujian entrepreneur from the county-level city of Jinjiang, had worked many years as a sales agent for the wine when he had an idea.

He knew many affluent private entrepreneurs in Jinjiang who really liked the wine. Why not deepen the integration of demand and supply?

Zhu’s innovation was a new business model he called a “sharing winery.”

Zhu contacted his more affluent company associates in Jinjiang and offered each of them a 400-hectare vineyard.

They could own their own winery with a traceable source and controllable quality.

In return, the planters of their vineyards no longer needed to fret about sales and marketing. They could focus on grapes.

“The first batch of 3,000 mu (200 hectares) of high-quality grape land was claimed by more than 50 companies," Zhu says proudly. 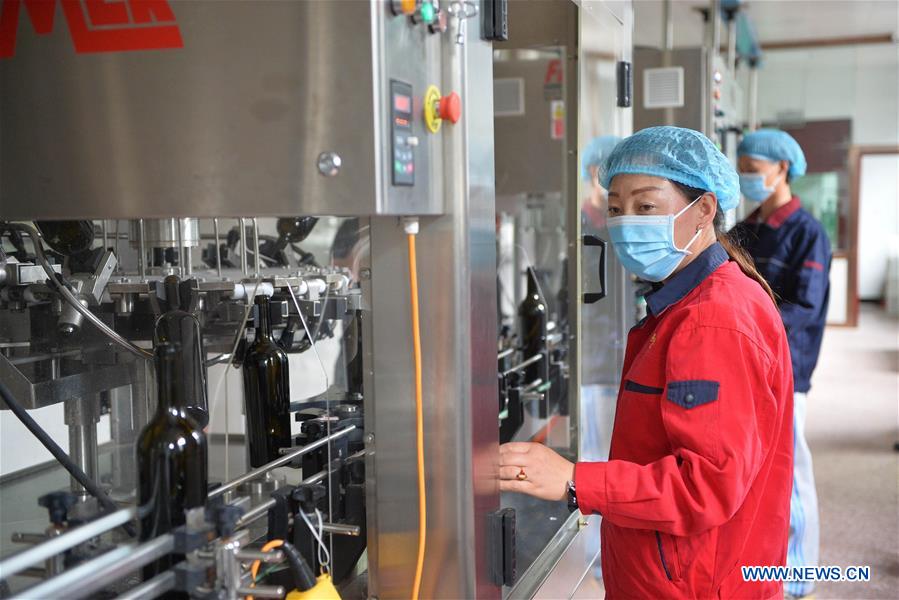