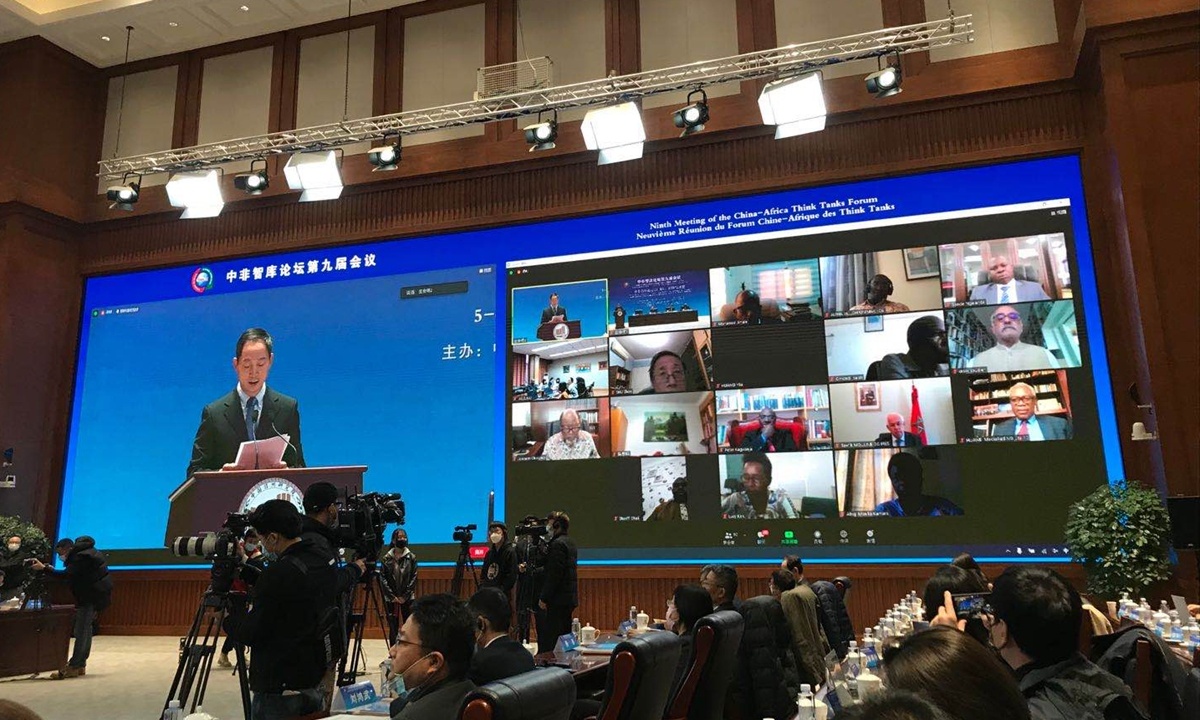 More than 200 officials and scholars from China and a number of African countries are gathering in Beijing for a two-day conference on China-Africa cooperation against the backdrop of the raging COVID-19 pandemic. They will discuss further strengthening bilateral relations despite criticism from certain countries.

The Ninth Meeting of the China-Africa Think Tanks Forum looked back and forward to China-Africa cooperation under the framework of the Forum on China Africa Cooperation (FOCAC) over the past two decades, as this year marks the 20th anniversary of the establishment of FOCAC.

Officials and experts from China and Africa expressed desire to strengthen cooperation in a range of fields including trade, the economy and poverty alleviation.

While the cooperation has progressed very well, Deng Li, assistant minister of foreign affairs, noted that there are also challenges as some countries are trying to undermine China-Africa cooperation by launching groundless attacks.

"But we firmly believe that China-Africa friendship is deeply rooted in the hearts of the people and the cooperation serves the fundamental interests of the Chinese and African people," Deng said at the opening ceremony of the forum on Thursday.

Joaquim Alberto Chissano, former president of Mozambique, gave an online speech at the opening ceremony in which he praised the fruitful results achieved so far.

China-Africa cooperation has expanded to many fields over the years, not only in infrastructure, but also in trade, people-to-people exchanges and technology, especially under the China proposed Belt and Road Initiative (BRI).

Officials and experts noted that this cooperation is in the interests of people of both sides. This year's forum aims to explore more possible cooperation amid the pandemic.

The China-Africa Think Tanks Forum was established by the Institute of African Studies at Zhejiang Normal University in 2011 and was officially incorporated into the framework of the FOCAC in 2012. It has now become a mechanized high-level platform for the diplomatic, academic, think tank, enterprise and media fields in China and Africa to engage in dialogue and communications.

Since the founding of FOCAC in 2000, trade between China and Africa has grown more than 20 times, hitting $208.7 billion in 2019 from a meager $10 billion in 2000. China has been Africa's leading trading partner for the past 11 years and China has been aiding African countries through loans. China has vowed to exempt 15 African countries from interest free loans due by the end of 2020, and will continue to work with the international community, especially other G20 members, to further extend the debt relief period.