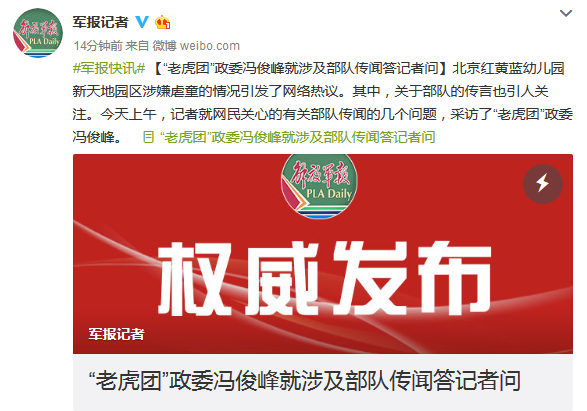 The head of the RYB Education New World kindergarten is the relative of an ex-officer of the Tiger Regiment, who has retired, Feng said, adding that no officers or soldiers were involved in the alleged sexual assault on the children. 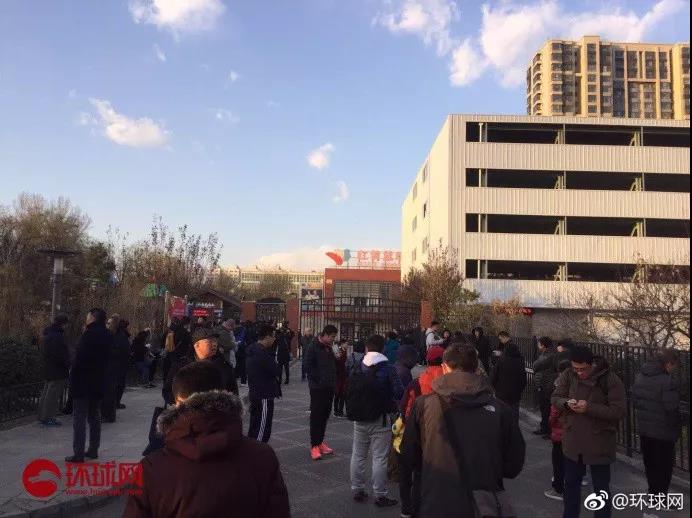 Pre-schoolers at the kindergarten were reportedly pierced with needles and fed with unidentified pills by staff, according to reports. Several parents raised the incident online and reported their concerns to local authorities late on Wednesday, triggering a police investigation.

Meanwhile, online rumors were circulating that the head of the kindergarten was the relative of an officer of the Tiger Regiment. Some netizens even accused the soldiers as molesters in the child abuse case. Feng rebuffed the accusation, saying that these online speculations were totally groundless. 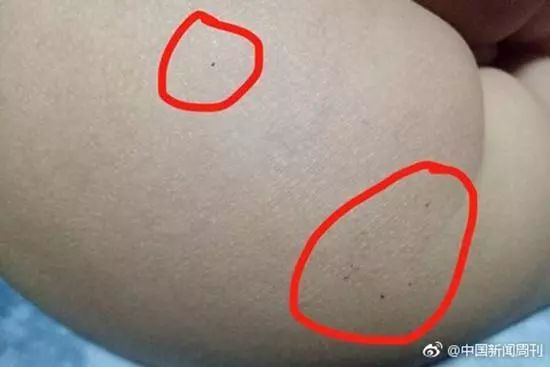 "Whoever is found violating the law or disciplines would be punished," said the commissar. "But once the online speculations regarding the army's involvement are confirmed to be rumors, we will also take up legal action and pursue the criminal responsibility of rumor mongers according to law."