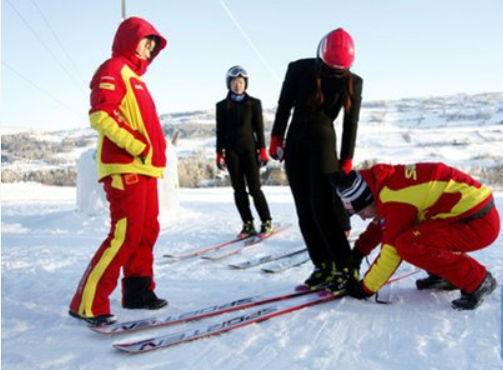 Chinese skiers are training in Europe on the Spring Festival on Feb. 4.(Photo: Xinhua)