CHINA No casualties after residential building tilts in south China

No casualties after residential building tilts in south China 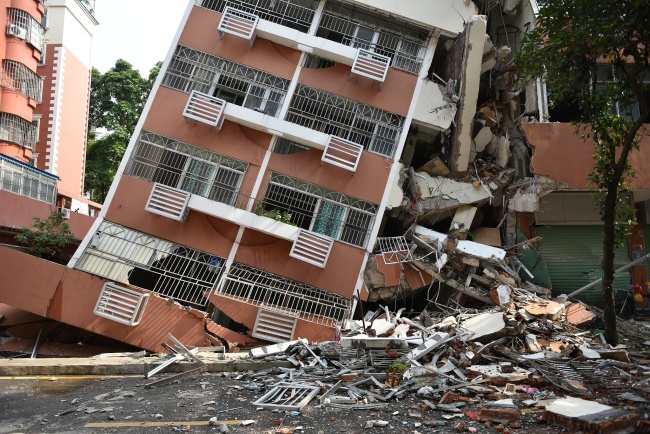 The apartment building is seen after its collapse in Shenzhen, Guangdong Province, on Wednesday, August 28, 2019. (Photo: VCG)

No casualties have been reported as residents were evacuated in a timely manner from a six-story residential building, which tilted Wednesday morning in the city of Shenzhen, southern China's Guangdong Province, local authorities said.

The local community staff had noticed strange noises coming from under the building and moved to evacuate the residents before the incident occurred at 11:20 a.m., said a source of the publicity department of the Luohu District Committee of the Communist Party of China.

Local residents said the ground floor of the building is a busy vegetable market, which was crowded with buyers early Wednesday morning.

Witnesses said the tilted building is reclining on a neighboring building and had been cordoned off, and dozens of police vehicles and fire engines had arrived.