CHINA No casualties as Qingdao blaze put under control

No casualties as Qingdao blaze put under control 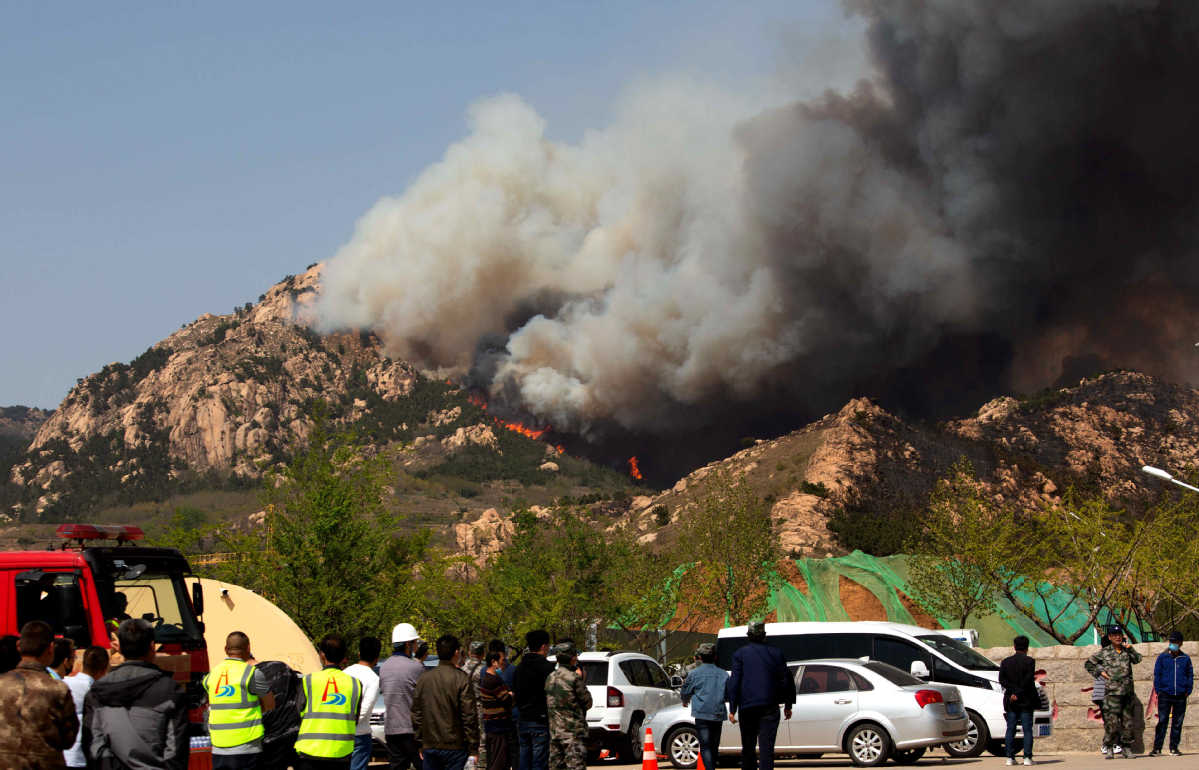 A forest fire burns in Qingdao, Shandong province, on Saturday. The blaze is under control, with no casualties reported. (Photo: provided to China Daily)

A mountain fire in Qingdao, Shandong province, has been brought under control, with no casualties reported, and all 617 evacuated residents had returned home by 3 pm on Sunday, the local forest fire authority said.

Efforts were still being made to extinguish a remaining burning area after six others were put out on Xiaozhushan Mountain, the forest fire prevention department in the city's Huangdao district said.

"Firefighters could not approach the remaining burning area since it is too rocky and has many cliffs," said Xu Gongan, from the department. "Local authorities have used some helicopters to pour water on the area, and more helicopters are on the way."

The fire broke out at 2 pm on Thursday and was thought to have been put out at 6 am on Friday. It flared up again at noon, with a bigger fire leading to the evacuation of people living nearby. The raging fire could be seen from the downtown areas kilometers away.

More than 1,600 firefighters from across Shandong have been dispatched to fight the fire. More than 2,000 policemen and 250 military personnel, both active and reserve, have also offered help.

The Qingdao forest wildlife park at the foot of Xiaozhushan began preparing to transfer animals in case the fire spread. There are 263 species and more than 5,000 wild animals at the park.

Operators have organized 10 excavators and more than 200 people to build a 1.5-kilometer-long firebreak. The park has started its first-level response, and animals can be transported to safety at any time, park authorities said.

Though the forest coverage rate is not great, trees, bushes, withered grass and desiccated leaves are all vulnerable to fires amid recent dry weather and strong winds in Qingdao.