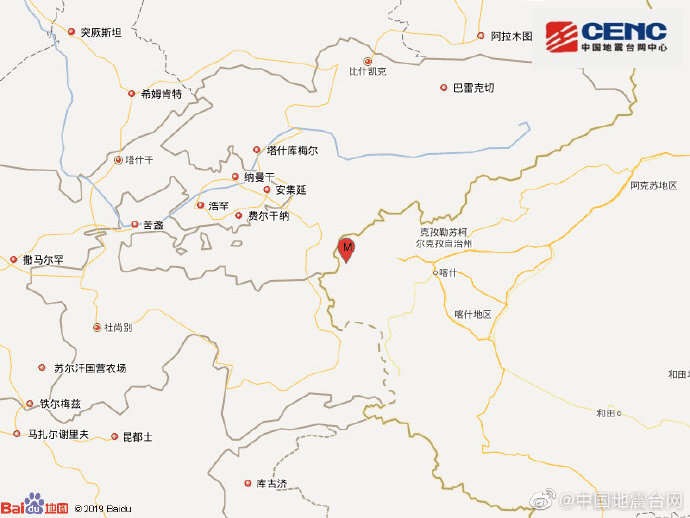 The epicenter was monitored at 39.71 degrees north latitude and 74.1 degrees east longitude, with a depth of 10 km, the center said.

No casualties or damage to property were reported, according to the local government.

The epicenter was 99 km from the county seat of Wuqia, and 1,210 km from Urumqi, the regional capital.

No strong tremors were felt when the quake struck, the local fire brigade said. A total of 63 firefighters and 13 fire engines have been on standby.