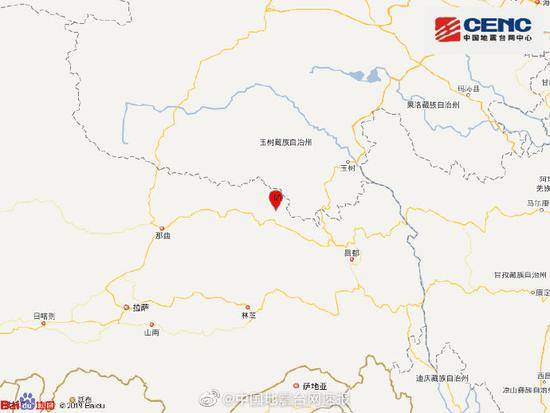 LHASA, Jan. 25 (Xinhua) -- No casualties have been reported so far after a 5.1-magnitude earthquake jolted Dengqen County in the city of Qamdo in southwest China's Tibet Autonomous Region at 6:56 a.m. on Saturday, according to local authorities.

Strong tremors were felt in the county seat, and the earthquake was also felt in its villages and towns. The situation is under further investigation.

According to Luo Guangqian, head of the county, a total of 13 villages and townships with a population of around 90,000 are under the jurisdiction of Dengqen. The epicenter, monitored at 31.98 degrees north latitude and 95.09 degrees east longitude, is located in a sparsely populated area.