A fire broke out on the top of a shopping mall in downtown Nanjing, capital of east China’s Jiangsu Province, at 9 pm on Friday, according to the official Weibo of the Jiangsu Public Security Fire Corps.

Firefighters and rescue personnel arrived at the scene to deal with the fire. 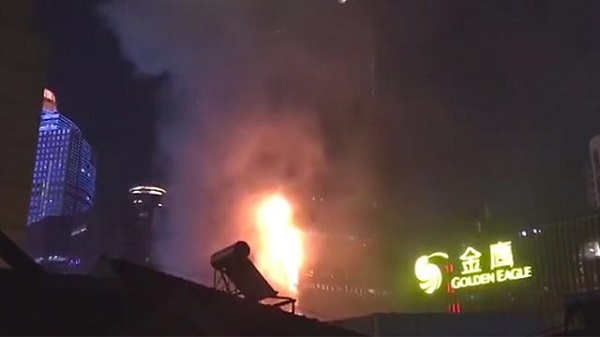 The fire is under control and no casualties were reported, Nanjing emergency management department said.