No deaths from enforcement actions in last 3 months: HKSAR gov't 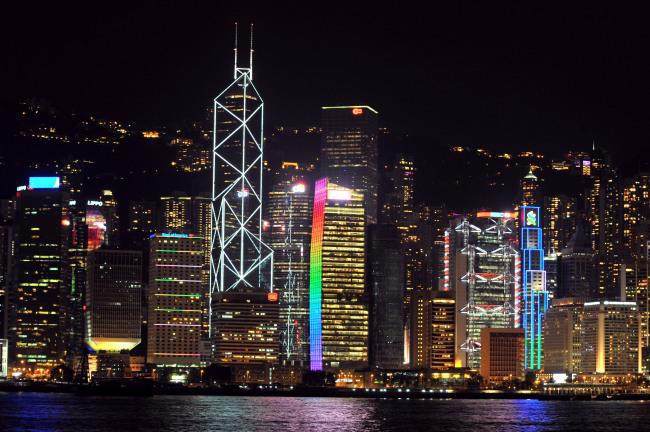 Night view of the Victoria Harbor, BOC Tower and other skyscrapers in Hong Kong, on June 28, 2012. (File photo: IC)

The government of China's Hong Kong Special Administrative Region (HKSAR) clarified on Saturday that there had been no deaths resulting from enforcement actions in the last three months in Hong Kong.

It also firmly denied rumours that there were fatal events resulting from the incident in Prince Edward Mass Transit Railway (MTR) Station on Aug. 31.

The Hong Kong Police Force has rejected categorically the rumors that a protester had been killed during the incident in Prince Edward MTR station that night, and has reiterated at different daily press conferences that such rumors were totally false and unfounded.

The Fire Services Department also said Friday that the seven casualties who needed ambulance service at the scene that night were all escorted by ambulance personnel to nearby Lai Chi Kok MTR Station by a specially arranged train, and were conveyed by pre-arranged ambulances to Caritas Medical Center and Princess Margaret Hospital for treatment.

The Hospital Authority has reconfirmed that there were no cases involving death in the Prince Edward MTR incident according to its records.

"Any online rumor that says otherwise is not only false, but also malicious," a HKSAR government spokesman said.

"It is a deep regret that such irresponsible rumor keeps spreading with the ill intent to mislead general members of the public, and to sow division and discontent in society at a time when the government is sincerely trying to establish the dialogue platform," the spokesman added.