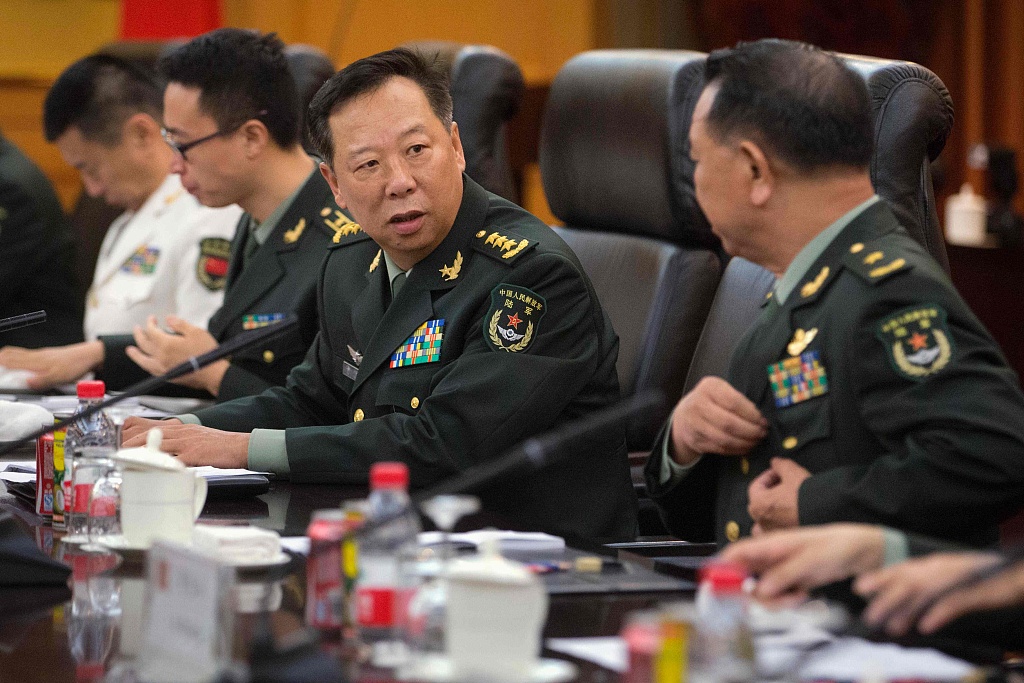 The Taiwan question is China's internal affair, concerns the country's core interests and the Chinese people's national sentiments, and allows no external interference, a senior Chinese military official said on Tuesday at his meeting with US Chief of Naval Operations John Richardson in Beijing, according to a statement issued by China's Ministry of National Defense.

"If anyone wants to split Taiwan from China, the Chinese army will safeguard the motherland's reunification at all costs and defend national sovereignty and territorial integrity," said Li Zuocheng, member of the Central Military Commission (CMC) and chief of staff of the CMC Joint Staff Department.

The remarks came shortly after recent media reports said that the US has permitted some of its military enterprises to export technology to help Taiwan build submarines.

Li met with Richardson at the Bayi Building, the headquarters of the CMC, on Tuesday. They exchanged ideas on Sino-US relations and other issues, such as on Taiwan and the South China Sea.

The 40 years of Sino-US diplomatic relations show that the common interests of the two countries are far greater than the contradictions and differences, and cooperation is the best choice for both sides, Li noted.

Military relations are an important part of Sino-US relations. The two armies should respect each other, enhance mutual trust, strengthen communication, control risks, and work hard to promote the military relationship between the two sides to become a stabilizer for bilateral relations, Li added.

Richardson said the US highly values the development of constructive, results-oriented military relations with China. It is willing to work with China to strengthen high-level exchanges and make good use of the existing channels of communication to enhance mutual understanding, reduce misunderstandings and misjudgments, and manage risks of divergence.

At the invitation of Shen Jinlong, the commander of the People's Liberation Army Navy, Richardson began an official visit to China on January 13.

This is Richardson's second visit to China since he was appointed Chief of Naval Operations in 2015, according to South China Morning Post.