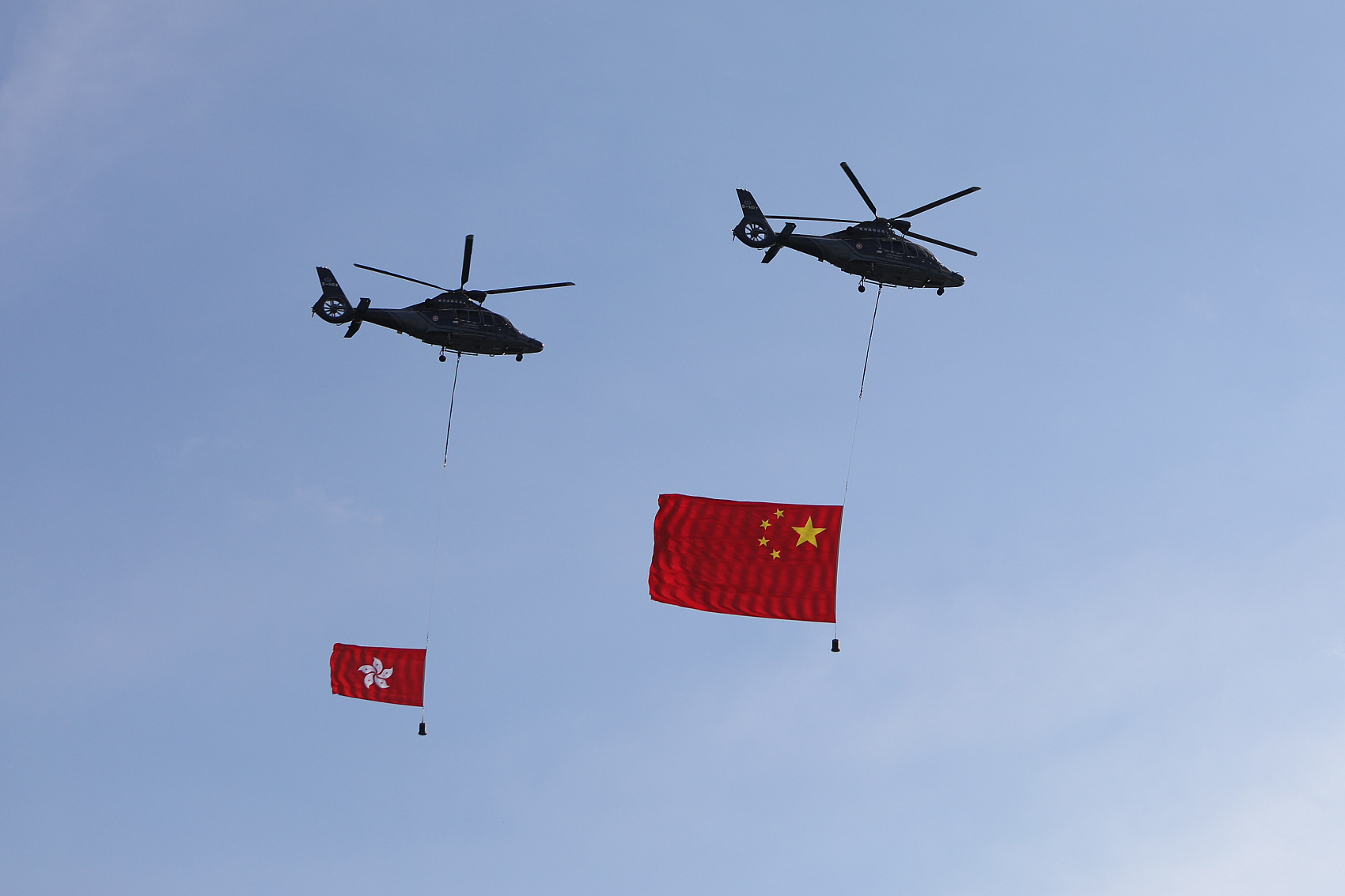 While expressing firm support for the adoption of amendments of Annex I and Annex II to the Basic Law of the HKSAR at the 27th session of the Standing Committee of the 13th National People's Congress (NPC), a spokesperson of the office in a statement urged the international community to fully and accurately understand and earnestly support "one country, two systems" and play a constructive role in Hong Kong's prosperity and stability.

The adoption of amendments of Annex I and Annex II to the Basic Law of the HKSAR is another major positive step in adhering to and improving the institutional framework of "one country, two systems," the spokesperson said.

The improvement of the electoral system of the HKSAR at the constitutional level has provided sound institutional guarantees for ensuring "patriots administering Hong Kong," the spokesperson said.

The improvement makes the electoral system more democratic and balanced, expands the space and avenues of political participation for Hong Kong residents, leads to a democratic system in line with Hong Kong's constitutional order and reality, the spokesperson said.

It is a sure way of ensuring political stability and the security of political power in Hong Kong, a necessary measure to enhance the efficacy of administration and uphold social order, and a fundamental solution to closing the loopholes in the existing electoral system and curbing external interference in local elections, the spokesperson said.

The improved electoral system will lift Hong Kong from political infighting, enable it to focus on combating COVID-19, reinvigorating economy and improving people's livelihood, better leverage the strengths of "one country, two systems", and steer Hong Kong towards a brighter future, the spokesperson said.

The spokesperson said that the HKSAR government and people across the community have expressed support for the improvement in various ways.

Over 2.38 million signatures were collected in 11 days in support of the NPC's decision, and a survey by the Bauhinia Institute found about 70 percent of the residents agree that the improvement boosts their confidence in Hong Kong's future, the spokesperson said, stressing that all this proves that the efforts by the NPC and its Standing Committee represent the people's will and the historical trend.

Any smear campaign will get nowhere and only meet strong opposition by all Chinese people, including Hong Kong compatriots, the spokesperson said.