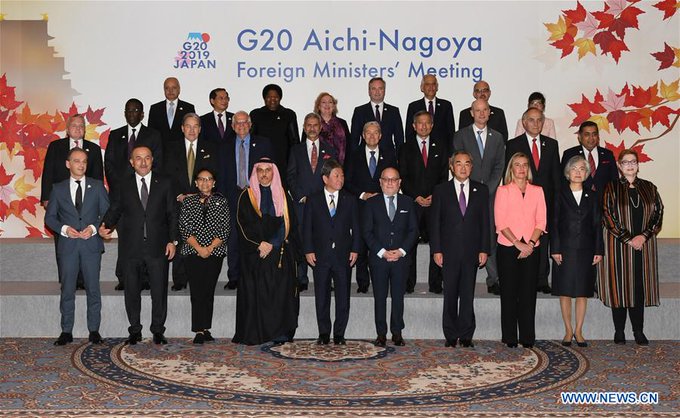 NAGOYA, Japan, Nov. 23 (Xinhua) -- China's development and growth is an irreversible trend of history and no force can stop it, Chinese State Councilor and Foreign Minister Wang Yi said here on Saturday.

Washington used its state power to suppress law-abiding Chinese enterprises over groundless allegations to serve its own political purposes, which is a downright act of bullying, he said.

Some U.S. politicians smeared China all around the world without providing any factual basis, and with such acts, the United States has not only lost the manner of a big country, but also damaged its own credibility, Wang said.

The United States, making use of its domestic law, wantonly interfered in China's internal affairs and attempted to undermine the "one country, two systems" and the prosperity and stability of the Hong Kong Special Administrative Region, violating the UN Charter and the basic norms governing international relations, he said.

He stressed that China's development and growth is an irrversible trend of history, and no force can stop it. There is no way out for the United States to engage in zero-sum games, he said, adding win-win cooperation between Beijing and Washington is the right way forward.