The conclusion was made after the National Development and Reform Commission (NDRC) conducted research in a variety of ways recently, including meeting with a number of enterprises, NDRC spokesperson Meng Wei told a conference in response to some media reports. 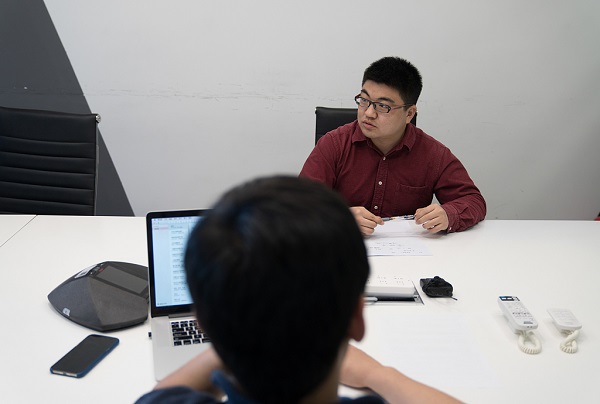 An applicant participated in the first round of interviews with an Internet company on October 9, 2018 in Beijing. (File Photo: VCG)

Official data showed that the number of newly-created jobs in urban areas reached 13.61 million in 2018, 100,000 more than the previous year and surpassing the government's annual target.

China's surveyed unemployment rate in urban areas stood at 4.9 percent in December, 0.1 percentage point lower than that in December of the previous year.

Meng said the external environment is complex and the economy is facing downward pressure, which might be transmitted to the employment sector to some extent.

China has tools and confidence to deal with risks and stabilize employment, Meng said.