CHINA No need to worry about China's law against foreign sanctions: FM

No need to worry about China's law against foreign sanctions: FM

There is no need to worry whether a law countering foreign sanctions will hurt relations with foreign countries, China said on Thursday. 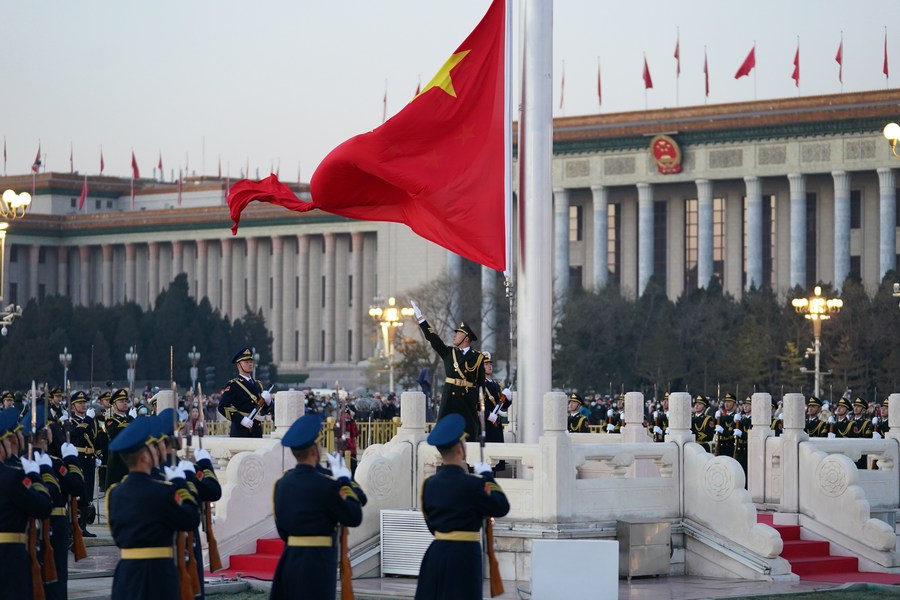 A grand national flag-raising ceremony is held as part of the celebrations for the New Year's Day at the Tian'anmen Square in Beijing, capital of China, Jan 1, 2021. (Photo: Xinhua)

That kind of worry was “completely unnecessary,” Ministry of Foreign Affairs spokesperson Wang Wenbin said at a press briefing in Beijing in response to a journalist from the Tokyo-based Kyodo News.

The Standing Committee of the 13th National People’s Congress (NPC) passed the law on Thursday.

The Chinese government has launched countermeasures against entities and individuals of relevant countries since the beginning of 2021 “to resolutely safeguard national sovereignty, dignity and core interests, and oppose Western hegemonism and power politics,” Wang said.

“There’s no need to worry about whether the law on countering foreign sanctions will affect China’s relations with other countries,” Wang said.

He reiterated “people from all walks of life suggested that it is necessary for China to formulate a specific law on countering foreign sanctions, to provide legal support and guarantee for the country to counter discriminatory measures by a foreign country in accordance with the law."