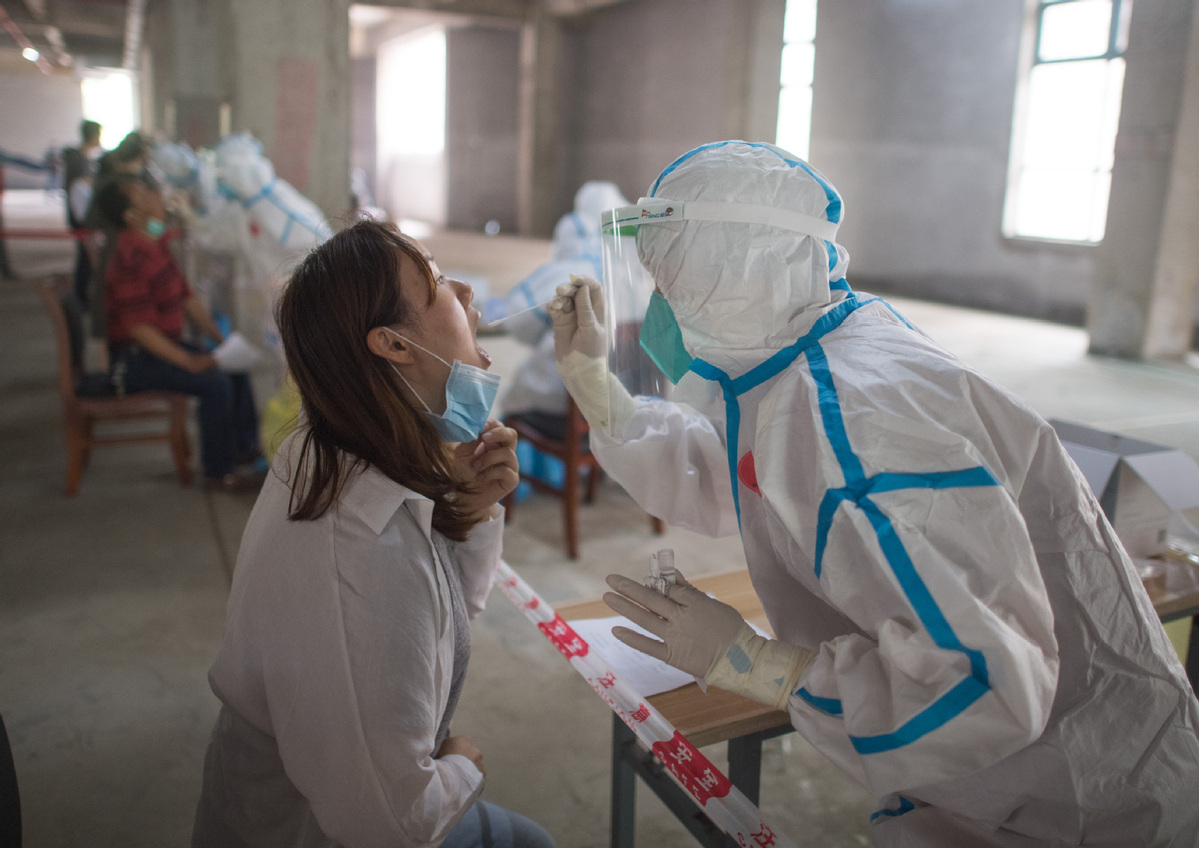 None of the 300 asymptomatic cases of COVID-19 found in Wuhan's mass nucleic acid testing campaign has infected other people, a public health expert said on Tuesday.

Lu Zuxun, a public health professor at Huazhong University of Science and Technology, said from May 14 to June 1, the city has conducted nucleic acid tests on 9,899,828 residents and 300 asymptomatic cases of COVID-19 — people who show no clear symptoms despite carrying the virus — were found.

None of the asymptomatic cases has turned into confirmed cases, he said at a news conference.

The Wuhan center for disease control and prevention has collected samples on the sputum and throat swab on 106 asymptomatic cases, and none of the samples have cultivated live virus, he said.

The center also has collected 3,343 samples on the daily items used by all 300 asymptomatic cases, such as masks, toothbrushes and cellphones, and no samples tested positive for COVID-19, he added.

Feng Zijian, deputy director of the Chinese Center for Disease Control and Prevention, all asymptomatic cases in Wuhan have been put under medical observation for 14 days, and can be released from observation after they test negative for the virus twice.

The city has organized medical workers and psychologists to treat asymptomatic cases, who have undergone anti-viral treatment, traditional Chinese medicine treatment and psychological counseling, he said.

After they were released from medical observation, they should go to hospitals for reexamination in the second and fourth week, he added.