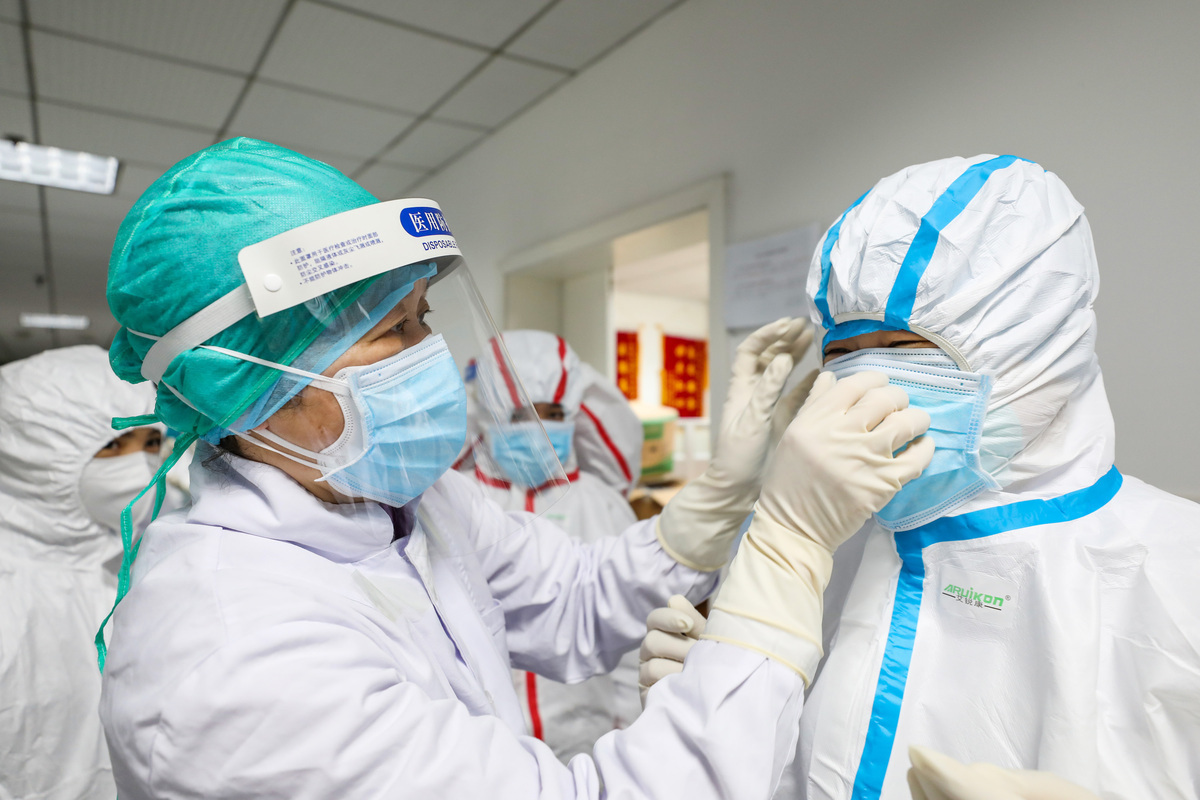 Among the more than 3,000 medical workers in Hubei province infected with the novel coronavirus, some 40 percent were infected while working in hospitals, Ding Xiangyang, deputy secretary-general of the State Council, said on Friday.

Even more noteworthy is that all of the above-mentioned infections were contracted by medical workers based in Hubei pre-outbreak, and most are from departments not related to infectious diseases, Ding said during a news conference in Wuhan, the epidemic's epicenter.

"As for the reason, I think it's due to the limited awareness of the virus in the initial phase and the lack of control and prevention knowledge," he said.

"Now we have controlled infections within the hospitals. So far, there are no reports of infections among 40,000 medical workers who arrived in support of the battle against the contagion," he added.

Over 12,000 of the 40,000 medical personnel rushing to help in Wuhan are young people born after 1990, accounting for nearly one third of the support team, according to Ding.

"They have proved their responsibility and value through real actions. These who are still children in their parents' eyes have become the nation's hope and pride," he said.

Ding also expressed his condolences to doctors who sacrificed their lives in the battle against the epidemic, and his respect for all medical workers.