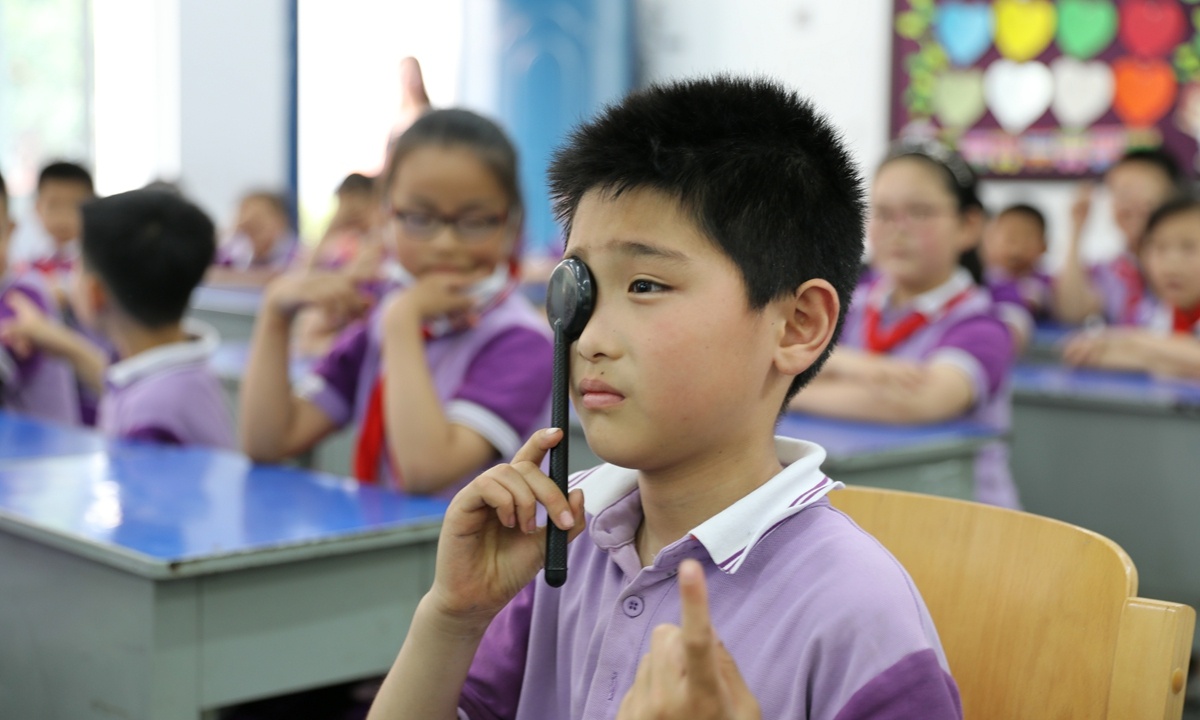 A city in North China's Shanxi Province has drawn controversy after setting eyesight and weight as part of middle school students' graduation tests results. There has been heated debate over whether the move is unfair and discriminates against students who have genetically poor eyesight and lower income families who can't afford corrective surgery.

Authorities in the city of Changzhi, Shanxi, said that including the two indexes in the examinations, which determine whether students can gain admittance into the high school of their choice, is part of the city's educational reform efforts. The city announced that from 2022, the city's graduation tests will add 50 points for students' comprehensive qualities, of which physical fitness accounts for 20 points.

The regulation led to debate on Chinese social media platforms, with many people saying that it is unfair for those who have congenital myopia. Others said some students may have become fat not because of lack of exercise, but as a result of medication taken for certain illnesses.

In response to public questions, local education authorities explained that the move aimed to encourage teenagers to get more exercise and protect their vision. They also gave assurances that those with congenital myopia or obesity from taking medication will not be affected as long as they can provide medical certificates.

The controversy comes amid a severe situation in China which has seen the number of students who have become short-sighted and obese increasing in recent years.

In 2019, the Beijing Municipal Education Commission organized physical fitness tests for about 52,000 elementary and middle school students in the city from October 15 to November 8. Visual acuity will be counted as a "score" that will serve as an important indicator for a student's comprehensive quality evaluation and academic level test, and higher education institutions will use the physical health test as an important basis for students' evaluation and graduation assessment.

The number of obese children and teenagers and those with poor eyesight increased in 2018, according to a report published by the Ministry of Education in December 2019.

The rate of obesity among fourth-grade primary school students and eighth-grade middle school students in 2018 has increased by 1.9 and 2.2 percentage points respectively compared with that of 2015.

About 8.8 percent of fourth-graders were obese, and the rate for eighth-graders was 9.7 percent in 2018, according to the report.