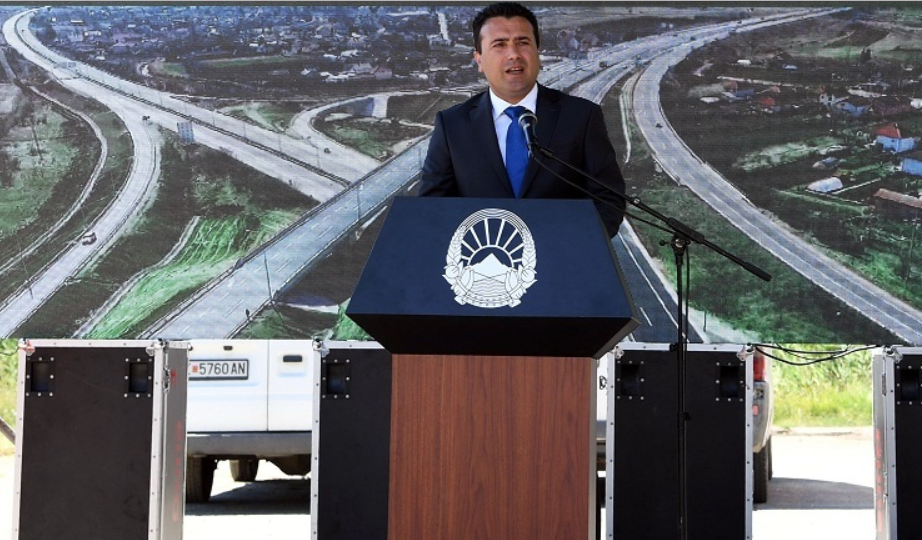 SKOPJE (Xinhua) -- Newly-constructed 47-km highway section Miladinovci-Shtip, which connects North Macedonia's capital Skopje with the eastern part of the country, opened on Saturday in a ceremony attended by the country's top officials.

Speaking at the ceremony, Zaev said that Miladinovci-Shtip highway is very important for the proportional regional development and will facilitate the transport of people and goods.

"The highway section fulfills an essential prerequisite for investors to map the country as a stable and long-term business destination that offers conditions for secure and growing profits," Zaev said.

According to Sugareski, this highway will contribute to growth of the economy and especially the development of the eastern parts of the country along the Pan-European Corridor VIII.

Angjushev expressed his happiness on the success in building a quality highway in line with international standards that ensure safe and fast transportation.

Ambassador Yin Lixian praised the work done both by the Chinese construction company Sinohydro and the local companies that participated in the construction of the highway.

According to Yin, this section will improve the country's traffic network and contribute to boosting trade and tourism along highway.

The construction of Miladonovci-Shtip highway section started in May 2014.