By Zhou Huiying in Harbin | chinadaily.com.cn 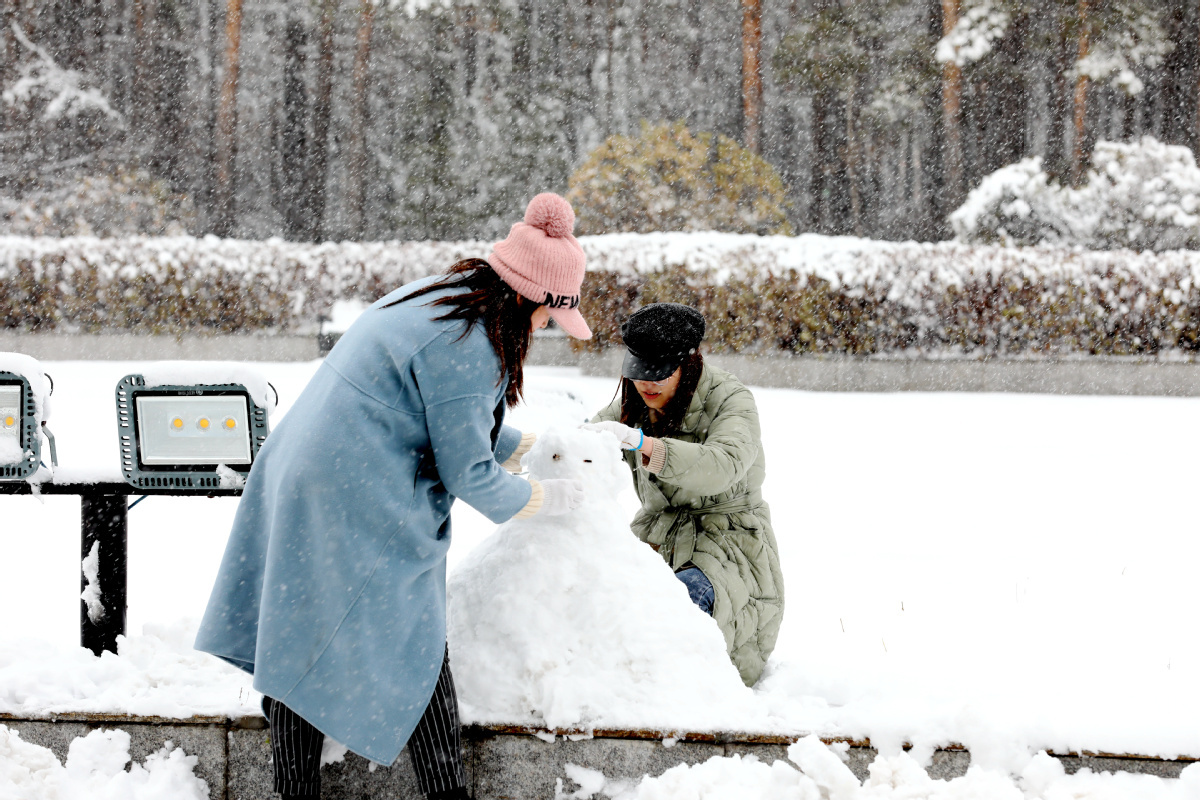 Before it stopped snowing, more than 10 centimeters had accumulated by Tuesday evening, and the bureau said the temperature would will drop significantly. Tuesday's early morning low in Mohe was -12 C, and the city reached a daytime high of -1 C.

Winter in the region, regarded as the coldest in China, usually lasts eight months. The record low temperature is -52.3 C set in 1969.

While other regions of the nation are enjoying colorful autumn leaves, snow has turned Mohe into a white fairyland.

"I feel so lucky to see such beautiful scenery," said Lin Tingting, a tourist from southern Fujian province. "I have taken lots of photos in the snow and sent them to family members and friends."