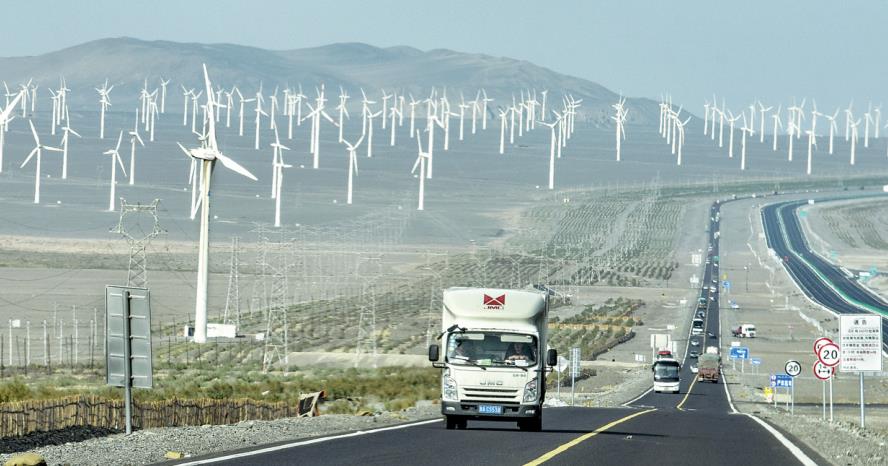 During the January-November period, the five regions of Shaanxi, Gansu, Ningxia, Qinghai and Xinjiang generated 88.54 billion kWh of electricity from wind, an annual increase of 10.3 percent, according to the Northwest Branch of State Grid.

The electricity from wind and solar energy now contributes to a quarter of all the electricity consumption in the regions, according to the Northwest Branch of State Grid.

Over the past nearly 10 years, the new energy generating capacity in the five regions has surged almost 45 times, with several of the country's largest wind and solar power projects having been built there.

To cut greenhouse gas emissions and tackle air pollution, China has been trying to use more renewable energy to reduce its heavy reliance on polluting coal.