CHINA Not easy for some Western journalists to not smear China: French writer Maxime Vivas

Not easy for some Western journalists to not smear China: French writer Maxime Vivas 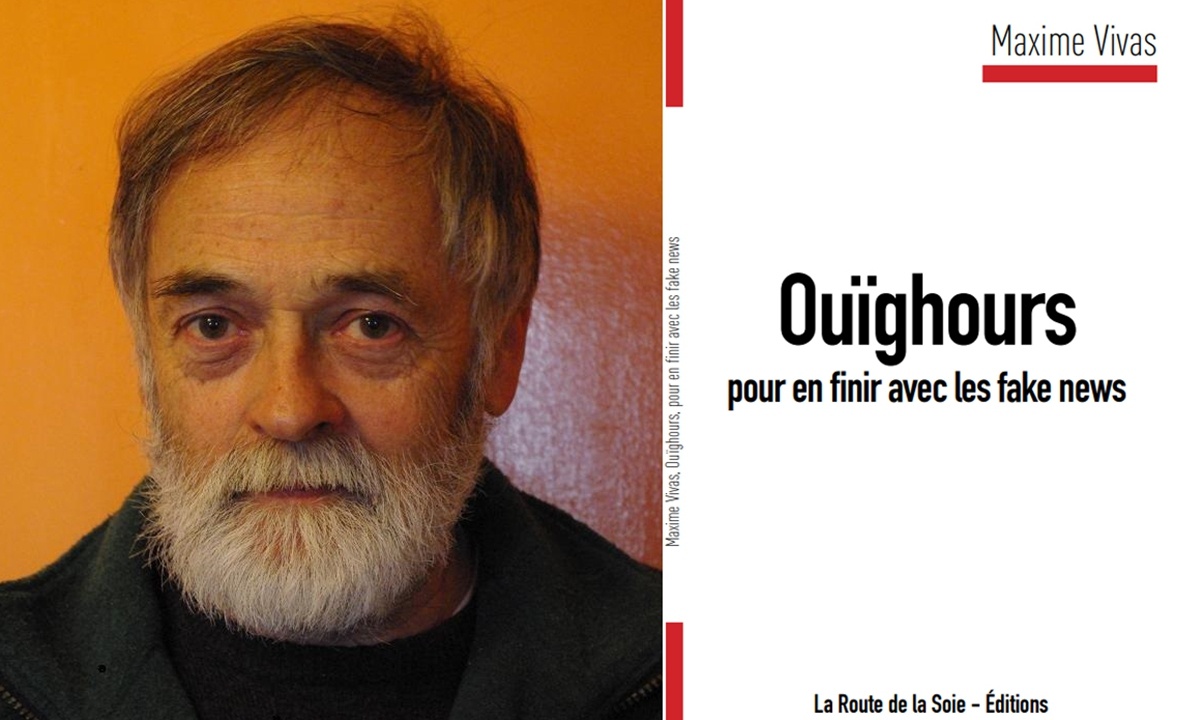 French writer Maxime Vivas, who has written books about China's Xinjiang Uygur Autonomous Region, recently told media that it is a fact that there are some Western journalists who do not tell the truth when reporting on China, and that he's honored to be mentioned by the Chinese foreign minister.

"It's a big honor to be recognized by the Chinese minister of foreign affairs, who talked about my book and talked about me at the press conference," Vivas said in French in an interview with Hong Kong-based Phoenix TV.

Vivas also said in the interview that it is true that it's not easy for some Western journalists to tell the truth when covering China.

During a recent exclusive interview with the Global Times, Vivas said that some Western journalists have gone too far in their Xinjiang coverage, many of whom have never been to Xinjiang, but are merely repeating what people like Adrian Zenz and CIA-paid "NGOs" have said.

Wang said many people who visited the region said that the Xinjiang they saw was completely different from the one depicted in Western media, but some Western politicians would rather listen to lies fabricated by a few and ignore the voices of 25 million local residents of different ethnicities, and would rather cooperate with the farce directed by some anti-China forces and ignore Xinjiang's development and progress.

Vivas wrote a book based on his two visits to Xinjiang in 2016 and 2018, titled Ouïghours, pour en finir avec les fake news (The End of Uyghur Fake News). The book described a prosperous and stable Xinjiang and said people who have never been to the region are fabricating fake "news" and spreading rumors.