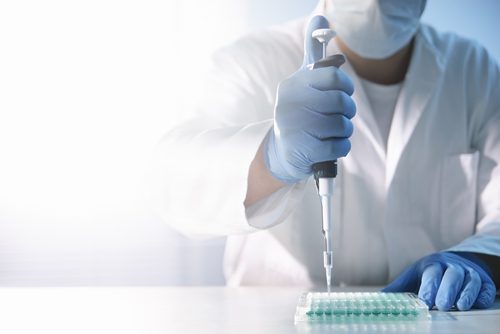 An article published by scientists in India implying the novel coronavirus possibly originates from the Wuhan Institute of Virology has received widespread criticism.

Research fellow Shi Zhengli, whose team was involved in analyzing the virus, said on her WeChat on Sunday afternoon "the 2019 novel coronavirus is a punishment by nature to humans' unsanitary life style. I promise with my life that the virus has nothing to do with the lab."

Ahead of Shi's reply, the Indian scientists had decided to withdraw the article.

This is not the first article implying the coronavirus is "not from the nature." A 2015 article on the website of the Scientist magazine has also been mentioned again. Some net users use the article, titled "Lab-Made Coronavirus Triggers Debate," to suggest the 2019 coronavirus might be engineered by humans.

However, such a thesis is groundless, according to experts.

"With current technology, scientists cannot create a new virus from nothing. Even if the genomic sequence of the novel coronavirus is 80 percent similar to the SARS', humans could not make the novel coronavirus out of SARS virus with design," Yi Xiao (pseudonym), a virologist from a Chinese university, told the Global Times on Sunday.

"In front of conspiracy theory, we should all think twice and think about ourselves, instead of blaming others," Yang Gonghuan, a former vice director of the Chinese Center for Disease Control and Prevention, told the Global Times.

The academic analysis by nine researchers from the India Institute of Technology was published on January 31 on bioRxiv titled "Uncanny similarity of unique inserts in the 2019-nCoV spike protein to HIV-1 gp120 and Gag."

Meanwhile, the article has been withdrawn as of press time. The website bioRxiv wrote on its page that "these are preliminary reports that have not been peer-reviewed. They should not be regarded as conclusive, guide clinical practice/health-related behavior, or be reported in news media as established information."

According to the article, Indian scientists found "amino acid residues in the 4 insertions in the spike glycoprotein (S) which are unique to the 2019-nCoV have identity or similarity to those in the HIV-1 gp120 or HIV-1 Gag." Therefore, they suspect the novel coronavirus is man-made.

However, Yi, the virologist, said the research is garbling. "The article said that the four insertions are unique in the novel coronavirus. However, several viruses like SARS have these loci."

The inserts the scientists used to compare with the ones in HIV also exist in many other viruses. "But the article picked HIV to draw public attention. It's like a table and a horse both have four legs, but you could not say they are connected."

David Liu, a Harvard chemist whose lab originally developed CRISPR base editing technology, said that the research of the Indian scientists is like looking for a key only under a street lamp.

An unknown virus "was made" by people and "leaked" from the lab, leading to a tragic plague - such a plot can be seen in many movies. They have been borrowed by someone to support their conspiracy theories of the outbreak of the novel coronavirus.

Some individuals spread articles on their social media accounts, claiming some viruses, including SARS and the current novel coronavirus evolved too fast in recent years, suggesting they may have been made in labs or were part of a bio-attack.

"No evidence could prove that the novel coronavirus has muted more quickly," Yi told the Global Times, noting that the rate of mutation of the base group has a rigid computing method.

"Now someone claimed viruses have quickly evolved, and what is the data to support the claim?" Yi asked.

Yi said three reasons to explain why people feel there are more infectious diseases or viruses in recent years - people have more interactions with wild animals which adds the chances of being infected by viruses; more new viruses have been found thanks to quickly developed technologies; people-to-people exchanges have increased, which means people living in every corner of the world may be infected by someone else who travels globally.

In response to the "sudden disappearance of SARS," Yang said authorities have taken great efforts to stop people from eating the civet cat which helped reduce the transmission of SARS.

SARS coronavirus, which was identified in 2003, is thought to be an animal virus from a not-yet-certain animal reservoir, perhaps bats, that spread to other animals, including civet cats and infected humans in Guangdong Province in 2002, according to an article from the WHO website.

As to the current outbreak of the novel coronavirus, Shi once warned in a speech in 2018 that "even though SARS did not come back over the past few years, there are viruses similar to SARS still existing in nature. If we human beings do not keep alert, it is still possible to be infected by these viruses or be infected via other animals."

Not 'made' by people

Can viruses be made by human beings with the current technologies? An article published by the US-based Nature Medicine magazine in November 2015 was frequently cited by some people to support their claims that "the novel coronavirus might not be from nature."

The Nature Medicine article introduces the team of Ralph Baric from the University of North Carolina at Chapel Hill who examined the disease potential of a SARS-like virus, SHC014-CoV. The results indicate that group 2b viruses encoding the SHC014 spike in a wild-type backbone can efficiently use multiple orthologs of the SARS receptor human angiotensin converting enzyme II (ACE2), replicate efficiently in primary human airway cells and achieve in vitro titers equivalent to epidemic strains of SARS-CoV.

"In term of the current technologies, there is no difficulty in editing and compounding virus. But limited by our knowledge, it is impossible to make a virus that does not exist in nature," Yi said, noting that the novel coronavirus could not be "made" by people.

Wang Wei, head of Hubei Provincial Science and Techonology Department, told a press conference on Sunday that researches showed the novel coronavirus has 96 percent of consistency with a coronavirus found in a kind of bat.

"The novel coronavirus is so novel and even top scientists and their groups on bat coronavirus could only get the genomic sequence tested, not to mention isolate of the virus or even cultivate the virus," Yi said.

China is not alone in the prevalence of conspiracy theories during disasters. There are also many examples abroad in the history.

Zhang Yiwu, a professor at Peking University, told the Global Times on Monday that a process is required for scientific understanding when new things appear, so the conclusion must be delayed. It's inevitable many kinds of speculation will prevail during this period.

At the same time, when the society is filled with anxiety, people need a complete logical chain to get a reasonable explanation, he explained, adding that, conspiracy theories don't go away in a short time without a strong explanation from scientists who criticize and blame them.

"However, conspiracy theories can't go mainstream. In the end, it's up to the mainstream scientific community to solve the problem," Zhang noted.

"If people all believe in conspiracy theories and such nonsense, the way of thinking it forms will do great harm to the scientific literacy of people in our country," he said.

It will eventually lead to social regression, leading us to deviate from the correct line in many aspects, Yi noted.

Yang offered the same advice, saying when faced with confronting conspiracy theories, each of us should think more and reflect more on our own behavior, instead of throwing the blame onto others.