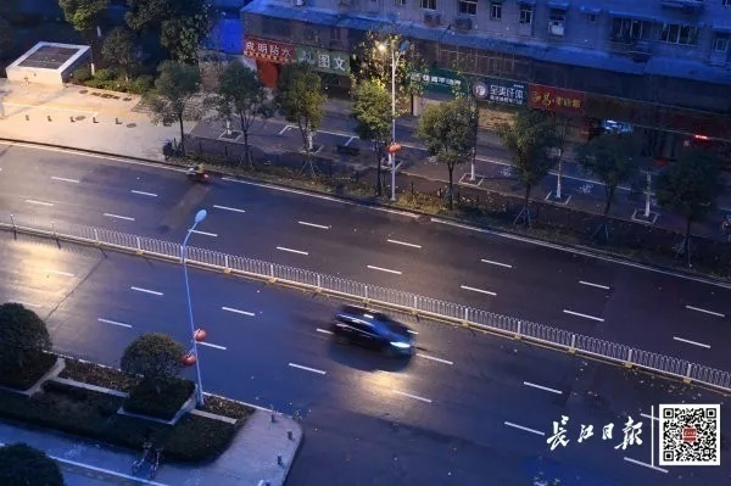 On January 24, my wife Yu Pingli’s alarm clock went off as scheduled at 6:35am. It had been more than 20 hours since the city's buses, subways, ferries and long-distance passenger services were suspended, and the airport and railway station were temporarily closed. 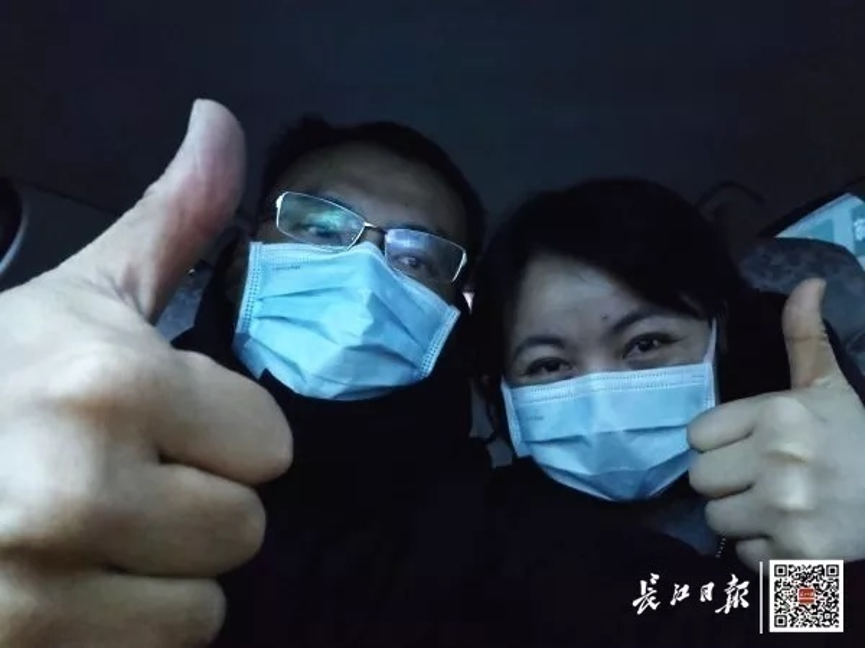 At 7:39am, I drove my wife to the clinic at Tongji Hospital. Before getting out, we took a photo of this year's New Year's eve, thumbs up for ourselves and for greater Wuhan. 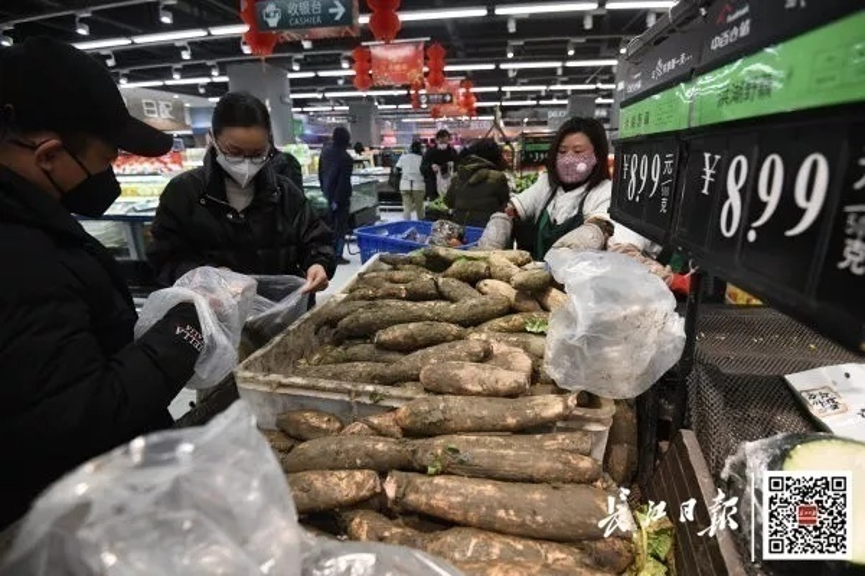 For my job, I had to go to a supermarket at 10am to interview and photograph people shopping. I arrived on time riding my little electric bicycle. Supermarket manager Pan took me around to shoot videos and photos. There were various supplies for the Spring Festival. The prices of fresh vegetables, pork, lotus root and other supplies did not differ much from the usual prices. The only difference was that everyone was wearing masks. 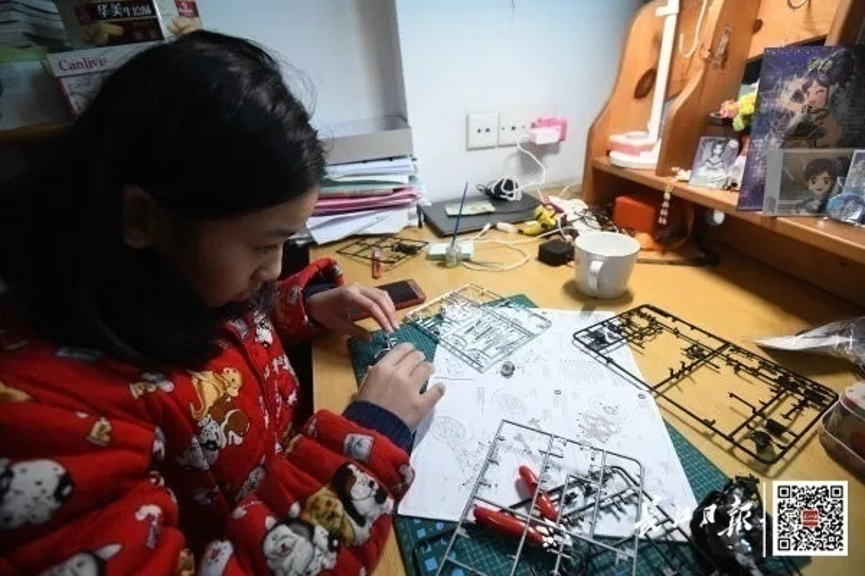 At 11:36am, before I went out for the interviews, I said goodbye to my young daughter who was playing with her lego. I patted her on the head to comfort her. 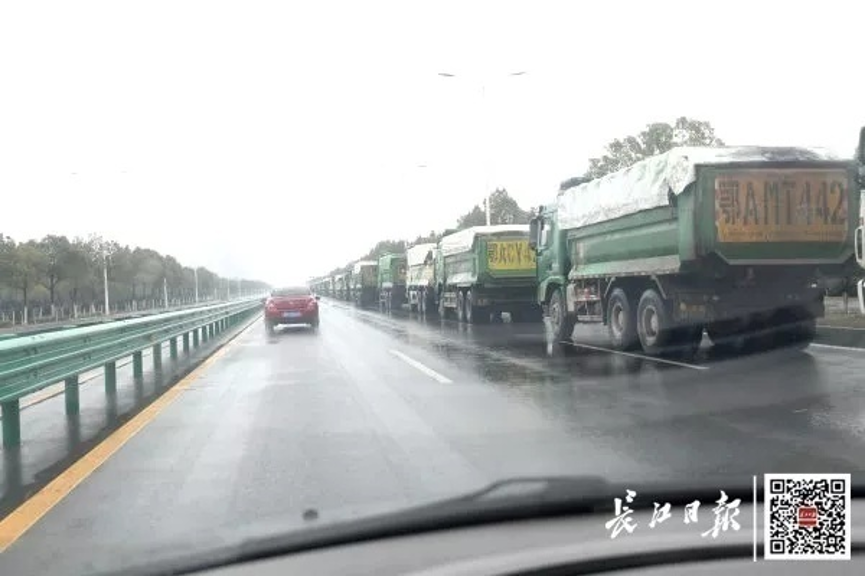 At 12:28pm, I was driving along Zhiyin Lake Avenue in Caidian District. When I saw dozens of dumptrucks lined up on the streets, I knew I was about to reach my destination. 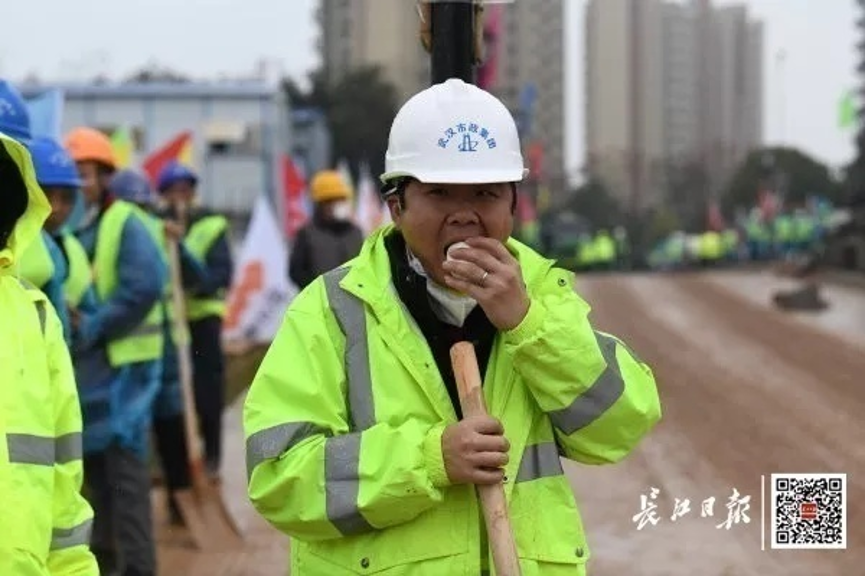 Construction workers were dripping with sweat while the loud roaring of heavy machinery drowned out people's voices. A new hospital is expected to be built soon on the construction site. Just when I finished my video and photo shoot, I happened to notice that workers were having their lunch. Some of them were so busy, they grabbed buns and started eating without washing their hands. 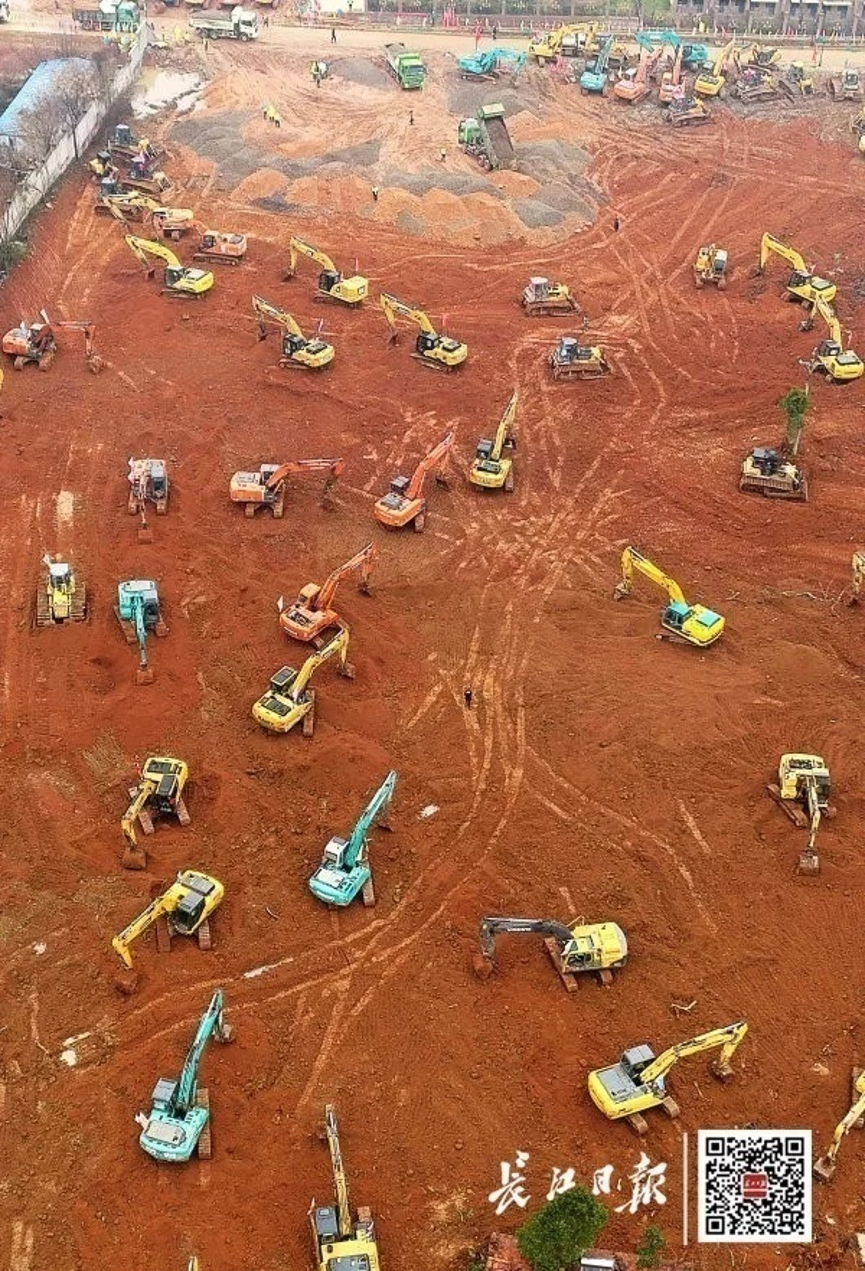 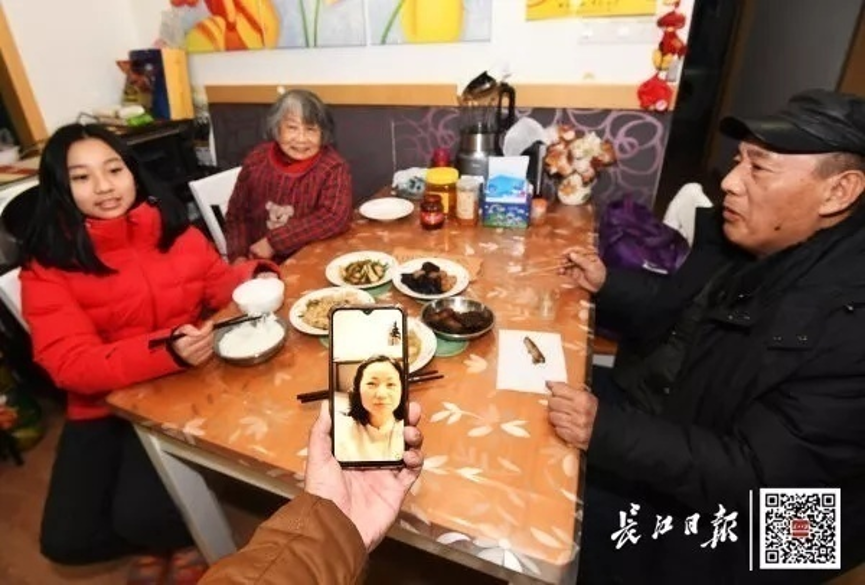 My mother made us new year's dinner as usual at 5:30 in the afternoon. My wife was on night shift and on the frontline of epidemic prevention. Coincidentally, she was also having lunch when I called her. The whole family having a meal together through video chat like this, was another kind of reunion. 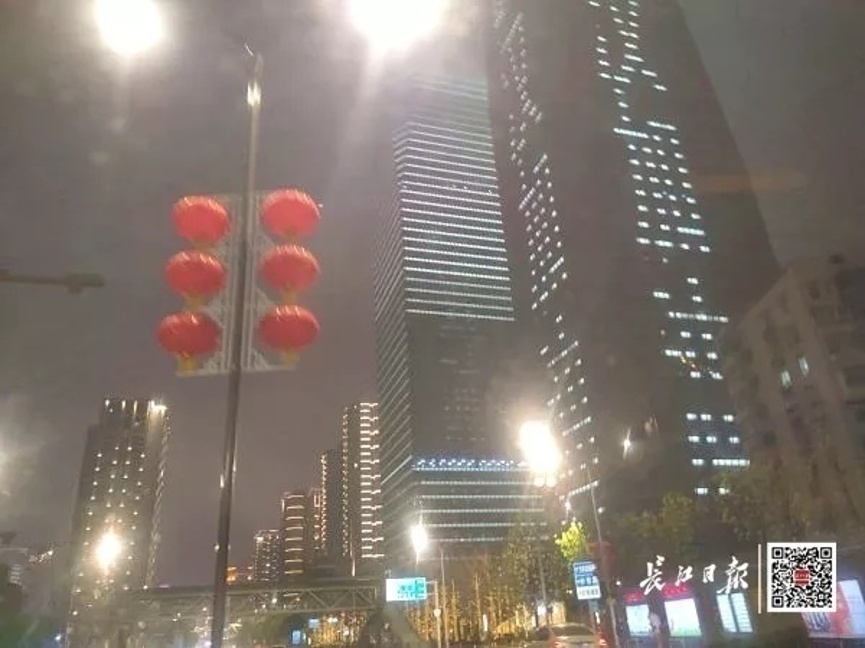 At 6pm, I proposed to take my daughter to see her mom and on our way to Qing Nian Road, we saw a lightshow with the slogan "Wuhan, Fighting" flickering on a newly constructed building. At 6:15pm, "2020, Wuhan Fighting!" was flashing on the building near Qing Nian Road.