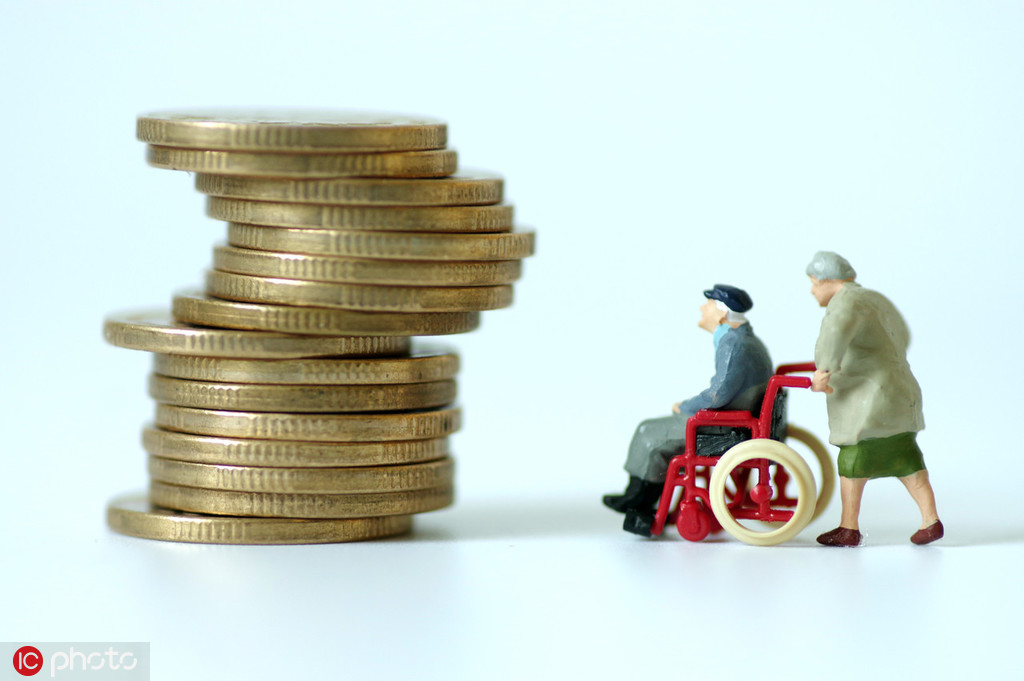 "Some organizations and enterprises cheated elderly people by charging them membership fees or miss-selling them food supplements and using their money for illegal purposes," said the notice, jointly released by the Ministry of Civil Affairs, the China Banking and Insurance Regulatory Commission and the State Administration for Market Regulation.

"Those activities have resulted in extensive property losses among the elderly people."

Four major risks were listed in the notice: investments promising unrealizable high interest rates; medical treatment that fails to improve health; handing over large amounts of prepaid money for things like membership fees; and unregulated business practices that may break the law.

It said many scams had trapped seniors by offering financial products boasting high profits, selling expensive VIP cards or charging them high membership fees to join elderly care centers, some of which did not exist.

"Some elderly care organizations have lured the elderly by offering free travel services, healthcare lectures and gifts. They collected funds from the elderly in the name of investment and promised them lucrative returns," the notice said.

"Large funds collected are not under the management or supervision of public sectors. Those organizations or enterprises that control the funds may transfer the money or abscond with it at any time."

Other fraudulent activities include selling food supplements via home visits, the internet, or telephone product promotion, and exaggerating their benefits. Many such products have not been tested or officially registered, and some even lead buyers to delay needed treatment, according to the notice.

It warned seniors to be on alert and enhance their awareness of risk prevention, and to stay away from illegal fundraising activities or pyramid schemes.

It also encouraged the public to report any such crimes to the police.

Chinese society is aging, with people older than 60 expected to make up a quarter of the country's population by 2035, according to the China National Committee on Aging.

By the end of this year, the market for China's elderly care service industry is estimated to be valued at about 7.5 trillion yuan ($1.06 trillion), according to the committee. In 2024, the industry will be worth more than 10 trillion yuan.

From 2015 to 2018, Beijing No 2 Intermediate People's Court concluded more than 20 criminal cases related to fraud in which more than 100 seniors lost a total of about 100 million yuan.

"Seniors were a major target in fraud-related cases, even though some had been warned not to readily believe calls, sales pitches or promotions from strangers," said He Lian, a judge's assistant at the court.

"Stricter supervision of medicines and funding is also needed," he said, suggesting the country also draft laws on personal information protection as quickly as possible.

In addition, He called for young people to share information about new types of fraud with their parents in a timely manner to prevent them from being cheated.

Cao Yin contributed to this story.