It took just 96 seconds for Alibaba Group to net the 10 billion yuan ($1.43 billion) worth of gross merchandise volume at midnight of Nov 11 as the internet conglomerate takes the annual shopping bonanza into its second decade.

This was shorter than last year's 125 seconds to cross the same threshold, indicating strong consumption momentum shoring up the Chinese economy.

"This year, new consumption marks the largest departure from its previous editions," said Alibaba chairman and CEO Daniel Zhang. "It is more than a shopping festival-it is also an occasion for brands to grow and interact with consumers."

Like previous years, the event kicked off with a star-studded countdown gala celebration in Shanghai, headlined by US singer Taylor Swift, whose latest album "Lover" has smashed records in China, as well as local celebrity Jackson Yee, a magnet among the younger generation of shoppers.

Alibaba said more than 200,000 brands are participating in the 11th Singles Day gala, with 1 million new products being offered and more than 500 million users forecast to spend, 100 million more than last year. It added that the estimated consumer savings from brand and platform promotions and coupons could reach 50 billion yuan.

More than 64 brands achieved over 100 million yuan in gross merchandise volume in the pre-order phase from Oct 21, which was twice the number of brands compared to last year, the company said.

Last year the platform saw 213.5 billion yuan worth of merchandise transacted in the 24-hour event, dwarfing Black Friday and Cyber Monday in the United States combined. But as competition intensifies, Alibaba is searching for fresh ideas to drive sales and keep users hooked to its sites.

Brands from Origins, Kanebo to Oppo unveiled Nov 11 special editioned product packaging, whereas many others tailored offerings to meet the consumer preferences.

During this year's event, South Korean cosmetics group Amorepacific will launch a string of limited-edition products tailored to the Chinese customers, introduce a new brand and better tap into consumers via livestreaming, short videos and other original contents.

"Today Nov 11 is more than just an extravaganza for product discounts. It has spurred consumption demands, providing an opportunity to help brands find their positions and enhance customer engagement," said Charles Kao, China president of Amorepacific.

He expected newly recruited members to hit 3 million. "Today's limit could be the norm of tomorrow. What we truly value is beyond sales figures per se, but the opportunity to deeply engage with consumer," he said.

Live-streamers are also set to play a prominent role in product promotions this year, as the internet giant heavily invests in online influencers to increase engagement on its Taobao app.

L'Oréal's pre-sales increased 700 percent over last year thanks to livestreaming. Its 17-hour long broadcast during day one of the pre-sales attracted nearly 1 million views.

Clarence Mak, president of Mars Wrigley China, a confection maker, said he was asked by his team members to appear on a livestreaming show in the lead-up to the shopping gala, given it has become a new shopping routine that is "highly popular among Chinese consumers".

"Apparently consumers now just look for the physical products but the shopping experience. We need to make sure that we are not just present in China, but relevant to China," he said. 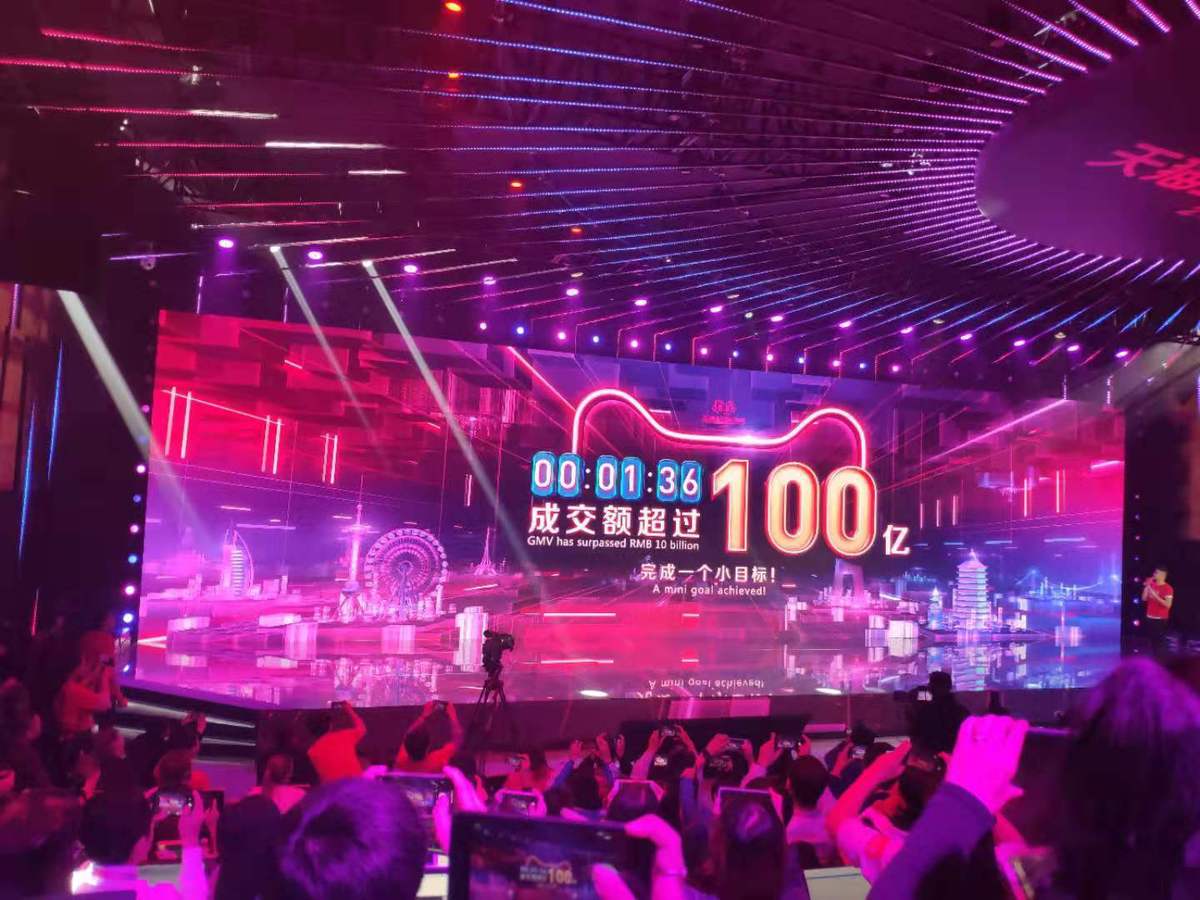