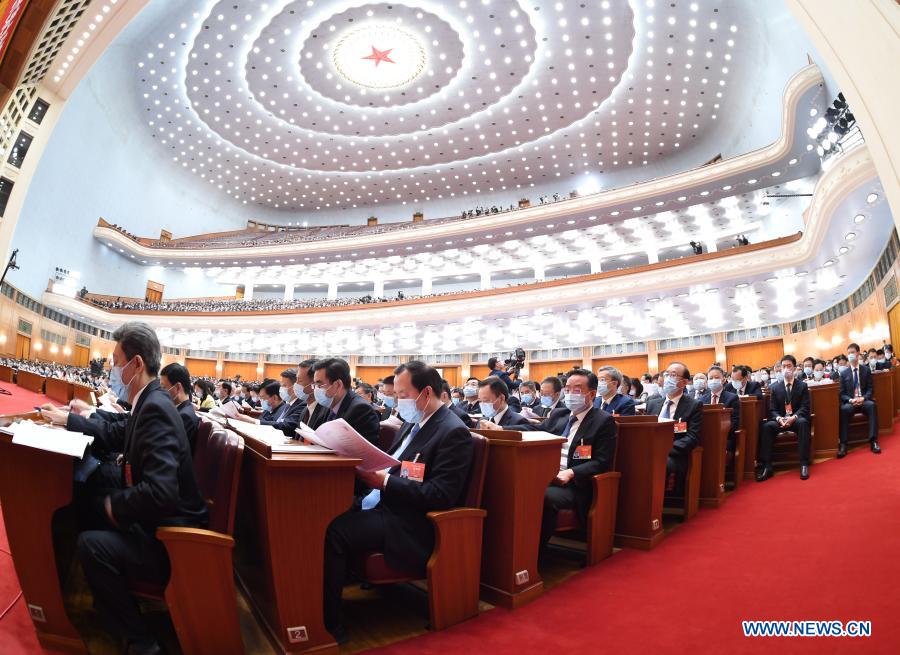 Deputies to the 13th National People's Congress (NPC) attend the second plenary meeting of the fourth session of the 13th NPC at the Great Hall of the People in Beijing, capital of China, March 8, 2021. (File photo: Xinhua)

BEIJING, March 8 (Xinhua) -- The Constitution and Law Committee of the National People's Congress (NPC) on Monday deliberated draft amendments to the Organic Law of the NPC and the Rules of Procedure for the NPC, as well as a draft NPC decision on improving the electoral system of the Hong Kong Special Administrative Region (HKSAR).

The documents are being reviewed at the ongoing fourth session of the 13th NPC.

A statement issued after Monday's committee meeting said the draft amendments are relatively mature and the committee will submit a deliberation result report and draft decisions on revisions to the two documents to the session's presidium, which will decide on submitting the draft decisions on revisions to NPC delegations for further deliberation.

The statement also said members of the NPC Constitution and Law Committee consider content of the draft NPC decision on Hong Kong necessary and feasible. It is a new constitutional institutional arrangement to advance the development of a democratic political system suited to Hong Kong's realities.