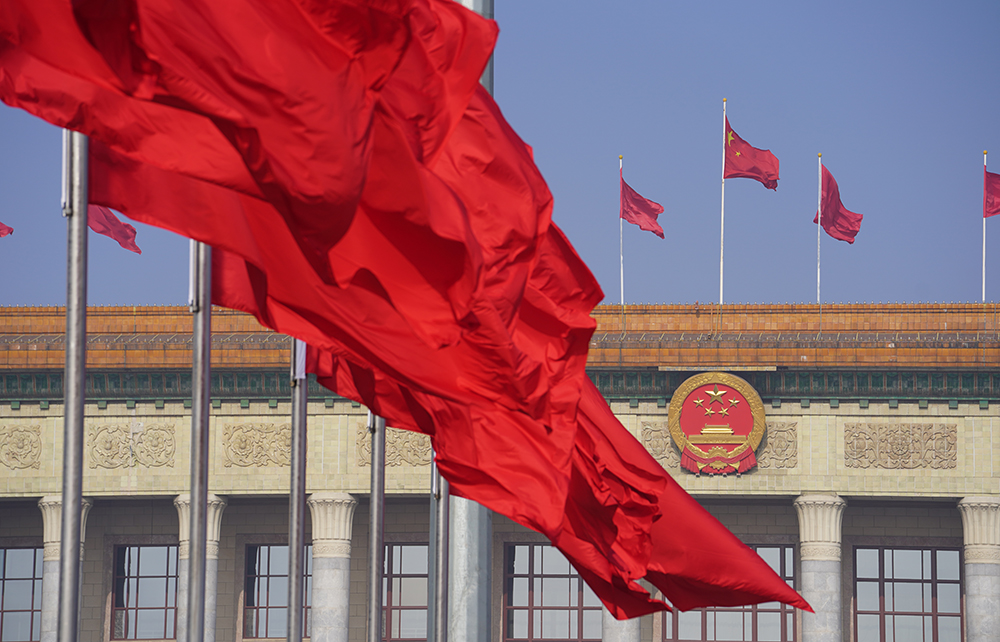 The spokesman noted that the improvements in Hong Kong's electoral system proposed in the NPC's decision would be conducive to Hong Kong's democracy and long-term stability, in particular through the reconstruction of the city's Election Committee, which elects the chief executive.

According to the decision, the Election Committee will have more functions, more seats, and a more diverse composition. The enlarged Election Committee will be responsible for electing not only the city's top leader, but also a certain number of lawmakers, as well as nominating candidates for the chief executive and legislature. It will reflect the voice of a broader constituency, including "grassroots", district organization members, and Hong Kong members of national bodies, such as the NPC and the National Committee of the Chinese People's Political Consultative Conference.

The spokesman said that the improvements proposed to the electoral system will enhance and balance political participation of different sectors of the community, protect the democratic rights of local residents and quality of democracy they enjoy, and recalibrate the Election Committee to make it in line with the actual situation in Hong Kong with wider representation.

The spokesman also called on various sectors of the community to provide suggestions for the Standing Committee of the NPC, which is empowered to amend Annex I and Annex II of the Basic Law, involving the methods to select the chief executive and form and selection of the Legislative Council, in accordance with the NPC's decision.