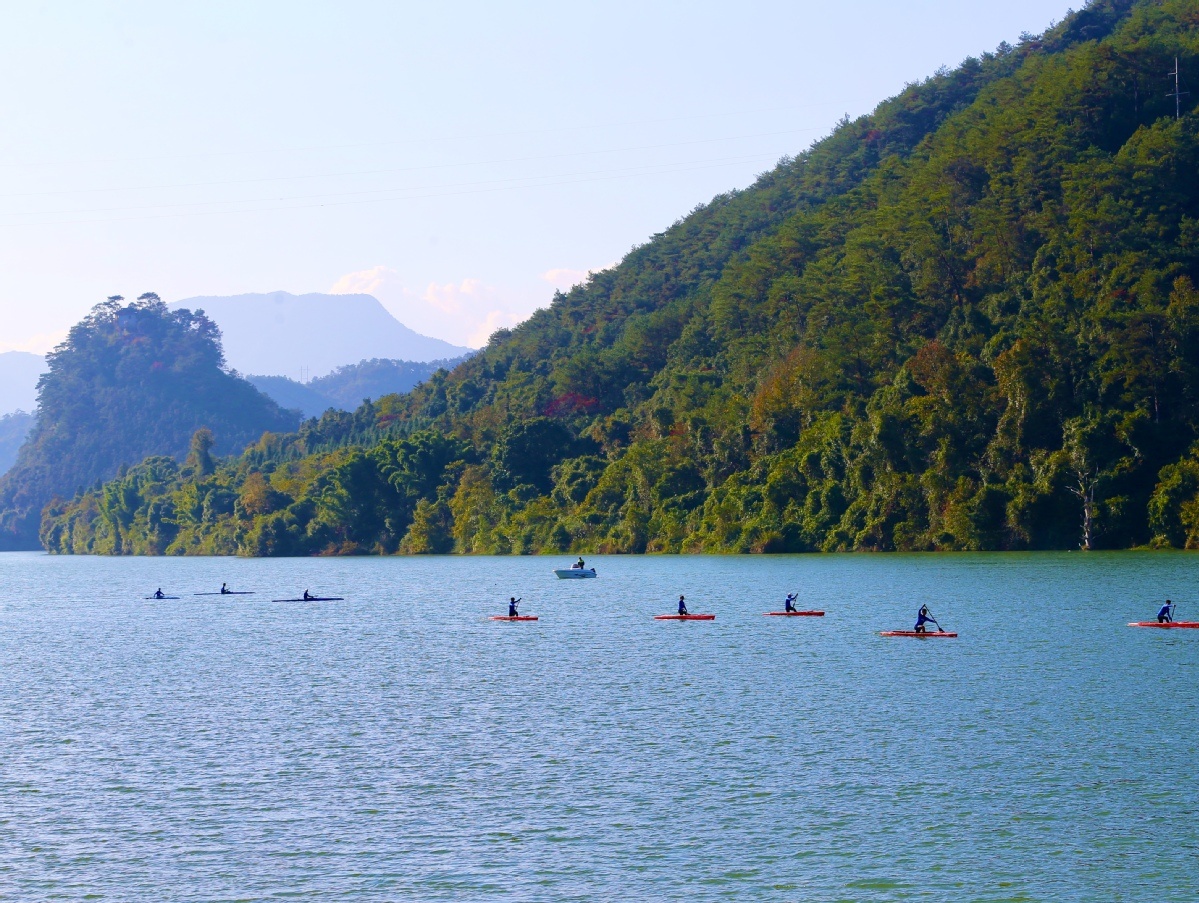 Lin Xinglu, secretary of the Communist Party of China Sanming Municipal Committee in Fujian, said pursuing green development and innovation in ecology industrialization is a major task during the 14th Five-Year Plan period.

When a forest absorbs more carbon than what it releases, it is known as a carbon sink.

According to Lin, Sanming is a typical old revolutionary base area with abundant mountains and forest resources. The forestland occupies 82.7 percentof the city's whole area.

Also, forests in Sanming have a huge carbon fixation, with a carbon fixation of 234 million tons, newly-increased by 11.7million ton per year. And in 2011 it built the first carbon neutral forest in the nation.

In 2020, Sanming was designated by the State Forestry Administration as the pilot region in the country to conduct the comprehensive reform of the forest, providing an example for other old revolutionary base areas.

Moreover, Sanming has rolled out a series of reform measures, such as providing a tourism program offering "rural life and health maintenance experiences".

Sanming has the awareness, practical experience and responsibility to operate aforest carbon sink, Lin said, adding that three mechanisms should be put in place.

Meanwhile, financial support for forestry carbon sequestration projects should be enhanced, he added.