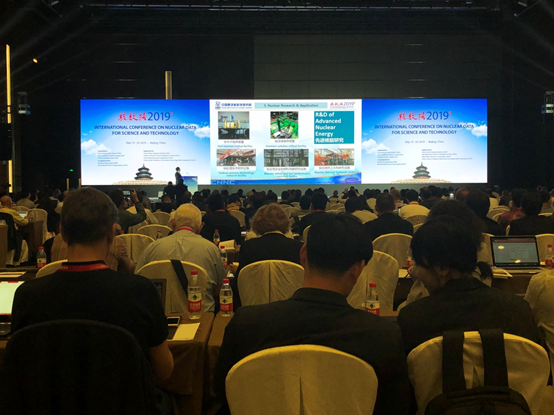 The 2019 International Conference on Nuclear Data for Science and Technology five-day event opened in Beijing, May 20, 2019. (Photo: China Daily)

The 2019 International Conference on Nuclear Data for Science and Technology, or ND2019, kicked off in Beijing on Monday and will end Friday.

Since it was first held in Harwell, Oxfordshire, England in 1978, the conference, one of the most influential international conferences in the nuclear data community, is usually held every three years.

About 500 representatives of 80 organizations from about 45 countries and regions are attending the conference this year, discussing topics concerning nuclear data and its applications in scientific research and technical applications.

The organizers said nuclear data is a comprehensive investigational field connecting fundamental physics and nuclear applications, which has become an essence in the peaceful use of nuclear energy.

Ye Qizhen, an academician at the Chinese Academy of Engineering, said nuclear energy is an important option to achieve low carbon emission, which complies with the world's consensus on climate goals and sustainable development, while nuclear data supports the development of nuclear energy.

The development of nuclear data needs long-term investment by the joint efforts of the international community, he said.