CHINA Nuclear deal between China, Russia worth $1.7b

Nuclear deal between China, Russia worth $1.7b 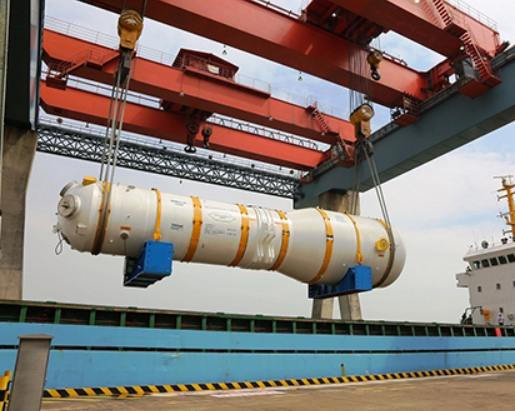 Chinese and Russian nuclear companies will sign a deal worth more than $1.7 billion for the No.3 and No.4 reactors at the Xudapu Nuclear Plant using Russian technology, accelerating  Sino-Russian cooperation on nuclear energy. Construction of two reactors at the Xudapu Nuclear Plant in Huludao, Northeast China's Liaoning Province, is scheduled to start in October 2021 and August 2022, China National Nuclear Corp (CNNC) said Monday in an announcement. It did not specify when the contract will be signed.Under the deal, Russia will have overall responsibility for design, while China will handle the design of specific details including the general layout, conventional island and balance of plant.  Both reactors will use the Russian-designed VVER-1200 / V491 reactor device, with a thermal power of 3,212 megawatts. The power station is set to operate for 60 years."The China-Russia comprehensive strategic partnership of coordination has pushed bilateral cooperation in various fields. The cooperation helps China gain experience while helping Russia improve its technology in building third-generation nuclear plants, which benefits both countries," Han Xiaoping, chief information officer at China5e.com, a website of an energy information and consulting service, told the Global Times on Tuesday.Lin Boqiang, director of the China Center for Energy Economics Research at Xiamen University, told the Global Times on Tuesday that the application of the VVER-1200 technology will add to China's status as a testing ground for the world's third-generation nuclear technologies, and put the Russian technology in competition with China's third-generation Hualong One technology. Cooperation with Russia on nuclear energy will provide guidelines to China. "It's more efficient to learn from others and develop our own third-generation nuclear plant simultaneously, while at the same time reducing costs," he added.The Xudapu Nuclear Plant, together with the Tianwan Nuclear Plant in East China's Jiangsu Province, are part of a 20-billion-yuan ($2.9 billion) nuclear deal signed in June between CNNC and Rosatom State Corp Engineering Division, the Russian state nuclear company. The deal is the biggest bilateral cooperation project involving nuclear energy, according to CNNC.Under the deal, the two parties will jointly build four VVER-1200 nuclear reactors. As of November 1, 2017, the number of nuclear power units in operation in the Chinese mainland reached 37, ranking third globally, according to data from the Chinese National Energy Administration. China also has 19 nuclear power units under construction.