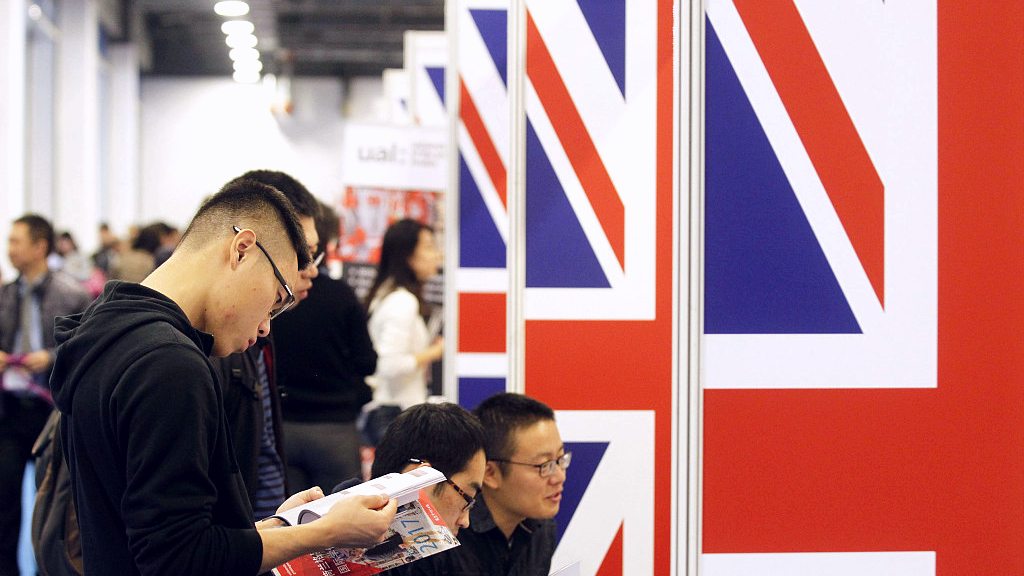 The number of students from the Chinese mainland applying to British universities has increased by a third in a year and tops the overseas students' growth list, said a report by the Universities and Colleges Admissions Service (UCAS) on Thursday.

The report showed that about 16,000 applications were made from the Chinese mainland, up from 12,000 last year.

According to UCAS, a total of 561,420 people have applied to start a course in Britain in 2019, almost 2,500 more than that at the equivalent point last year, the first increase in three years.

There are a record number of applicants from outside the EU, as 63,690 have applied to study in Britain, an increase of nine percent.

Clare Marchant, chief executive of UCAS, said, "In this time of uncertainty, it's welcome news to see more EU and international students wanting to come and study in the UK."

UCAS manages almost three million applications from around 700,000 people each year for full-time undergraduate courses at over 380 universities and colleges across Britain.