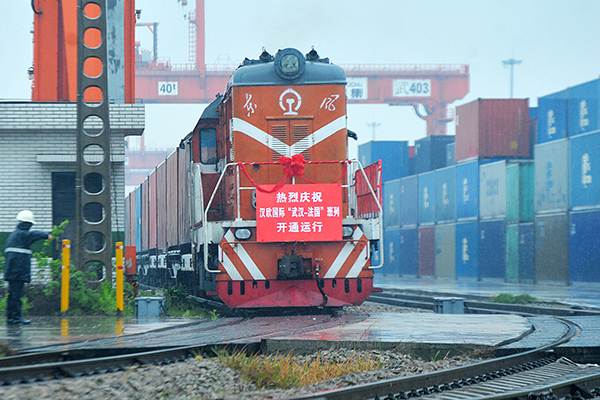 The number of China-Europe freight trains has risen significantly in central China in 2018, authorities said.

According to the Zhengzhou International Hub Development and Construction Co. Ltd, 752 such trains were launched between Zhengzhou, capital of Henan Province, and foreign cities last year, up 50 percent year on year.

The goods transported via the trains weighed about 350,000 tonnes, with a combined value of more than 3.2 billion U.S. dollars, according to the company.

In less than six years, a total of 1,760 trains were launched between Zhengzhou and foreign cities, with about 850,000 tonnes of goods worth 8.5 billion U.S. dollars transported.