Number of intl flights to China still on downward trend 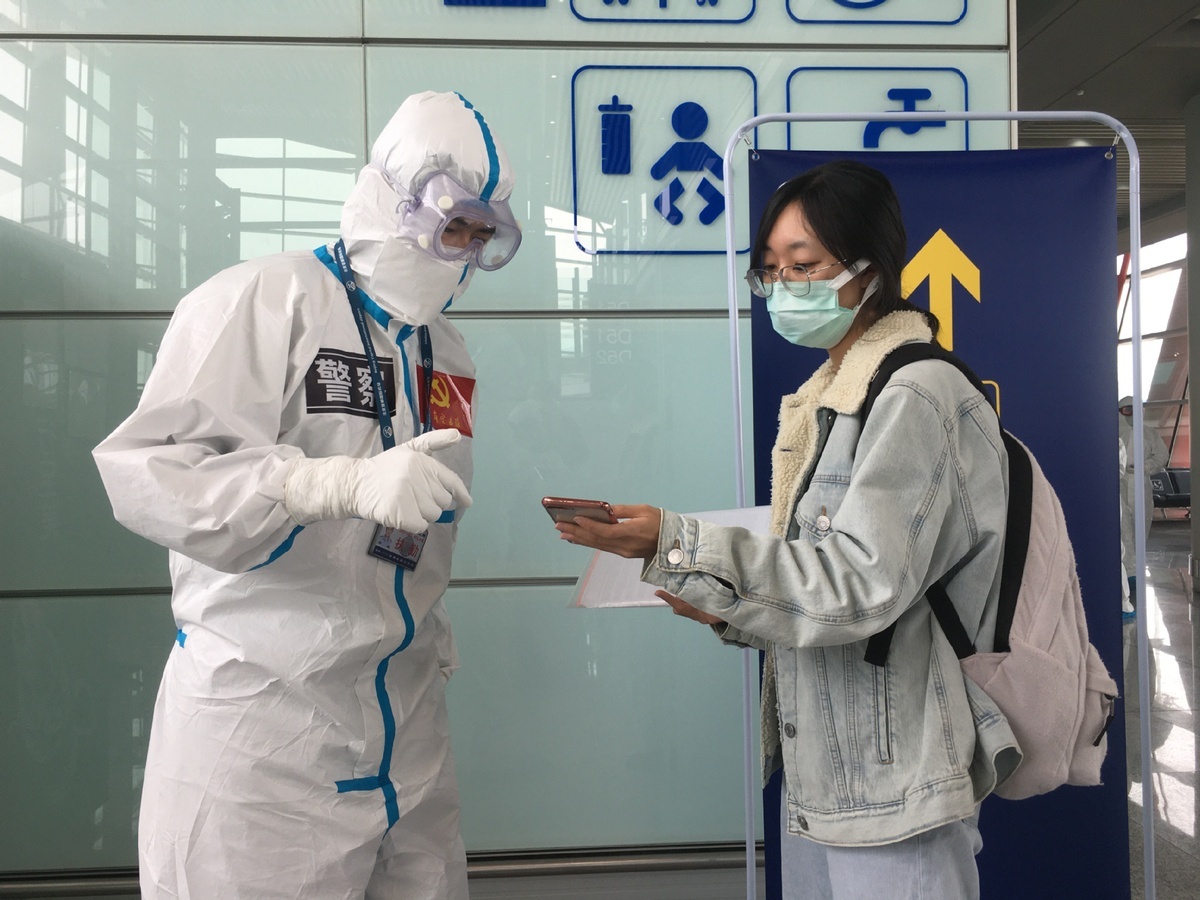 Lu Tao, left, who oversees anti-virus work at Zone D of Beijing Capital International Airport, where all arrivals from overseas are screened, helps a passenger on March 26, 2020. (Photo: Xinhua)

China has maintained an overall downward trend in the number of international flights after the aviation regulator rolled out orders to cut down on flights in and out of the country in order to curtail the rising number of imported cases of the novel coronavirus.

The country handled only 250 inbound flights between March 29 and April 4, carrying a total of 50,306 passengers onboard, said Sun Shaohua, deputy head of the Civil Aviation Administration of China's operations and monitoring center, on Wednesday.

As of Tuesday, a total of 127 flights carrying 28,697 passengers bound for Beijing have been diverted to 12 designated airports, he said, adding that over 86 percent of the passengers failed to pass health inspections or were in proximity to those who failed. All of them were either held locally for treatment or placed in 14-day quarantine.

Since March 20, international flights to Beijing have been diverted to a dozen cities and provinces including Shanghai, Tianjin and Shandong province, where all passengers must be tested for the virus upon disembarking and before those cleared of the pathogen are allowed to reboard the aircraft to the capital.

Sun also noted that the aviation authorities have carried out 543 flights for transporting 134 medical experts and 9,015 tons of epidemic prevention and control supplies to more than 60 countries hit hard by the coronavirus including the United States, United Kingdom, Iran, Pakistan, Italy, Japan and South Korea.