BEIJING, Sept. 1 (Xinhua) -- The number of "left-behind children" in China's rural areas has decreased by 22.7 percent during the past two years, according to data released Friday by the Ministry of Civil Affairs (MCA). 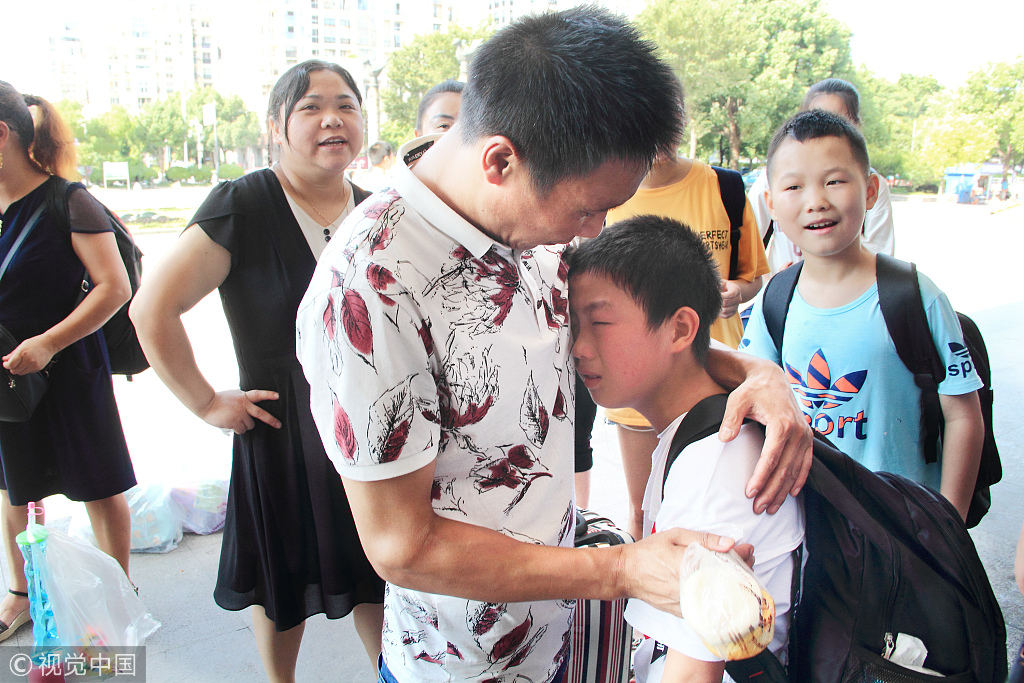 Left-behind children are those whose parents have become migrant workers in towns or cities, leaving them either unsupervised or in the care of relatives.

There are currently 6.97 million left-behind children in China, the MCA said, noting that the number in 2016 was 9.02 million.

The MCA launched a data management system in October 2017 to keep records of left-behind children or those living in difficulty all over the country. All provincial regions have finished the data collection and the information will be regularly updated in the future.

More children have moved to towns or cities with their parents during the past two years, the MCA said, which is one of the main reasons for the decline. Meanwhile, more parents have returned to rural areas to find jobs.

The sense of responsibility of the parents is stronger, the MCA said.

According to the MCA, southwest China's Sichuan Province has the largest number of left-behind children, followed by Anhui, Hunan, Henan, Jiangxi, Hubei, and Guizhou provinces. Left-behind children in these seven provinces account for nearly 70 percent of the total number.

The MCA said 96 percent of China's left-behind children are in the care of their grandparents.

China established a coordination mechanism among 26 departments this month to strengthen protection of left-behind children and those living in difficulty.