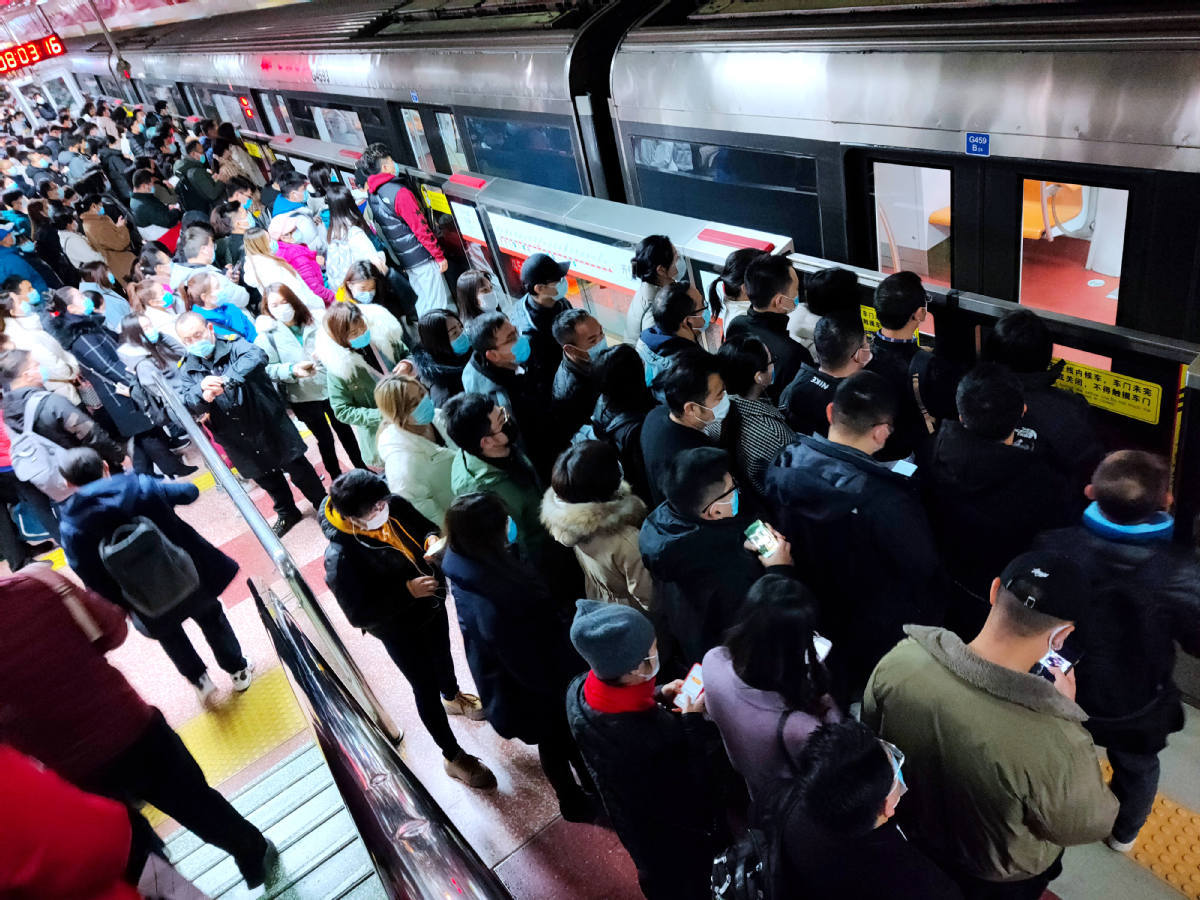 Commuters line up to board a subway train during the morning rush hour at a station in Beijing in November. (Photo: China Daily)

The number of permanent residents in Beijing's central urban area has been reduced by around 728,000 to 10.99 million in the past 10 years as part of the capital's efforts to improve its population distribution.

Data released by the municipal government at a news conference on Wednesday showed Beijing's total population reached 21.89 million last year after growing by an average of 1.1 percent a year for a decade－more slowly than in the decade to 2010.

The city's population increased by 2.28 million in the past 10 years, the data showed.

The population in the central urban area accounts for 50.2 percent of the total, down 9.5 percentage points from 2010.

The change has proved the effectiveness of the city's measures to create a more balanced population structure in its 16 districts, with more people choosing to live and work outside the central downtown area.

Tongzhou district, the site of a subcity center in eastern Beijing, has attracted an increasing number of residents thanks to its rapid economic development and improvements in its cultural, educational and medical facilities.

Beijing had more than 4.29 million residents aged 60 or older last year, accounting for 19.6 percent of its permanent residents. That was 7.1 percentage points more than 10 years ago, said Meng Jingwei, director of Beijing's Municipal Bureau of Statistics, citing data from the seventh national census conducted last year.

According to United Nations standards, a region where people aged 60 or above account for 10 percent of the population is considered an aging society.

"The increasingly aging population has brought both challenges and opportunities," Meng said.

"There's no doubt that the burden of providing for the aged is heavier for families and society. However, it also brings opportunities in the elder economy and related industries."

Meanwhile, the high-tech development of Beijing－a science and technology innovation center－can provide strong support for the aging population, he added.

"Beijing's population of working age is still sufficient, even though the total number has fallen," Meng said.

According to the bureau, there were 14.9 million people aged between 16 and 59 in Beijing last year, accounting for 68.1 percent of the population but down by around 443,000 from a decade previously.

"We should consider both the quantity and quality of the labor population," Meng said.

"The education level of the group has been rising and their physical quality is better thanks to the city's improving medical services."

Pang Jiangqian, deputy director of the bureau, said the education level of Beijing's population still leads the country, with more than 9 million having college degrees or above.

Almost 42 percent of Beijing's population had college degrees last year, up from 31.5 percent in 2010.

"It's the result of the city's educational and economic development, which is in accordance with the capital's core functions, including its role as the national cultural center," she said.