CHINA Nurse on island in Fujian serves with care and love

Nurse on island in Fujian serves with care and love 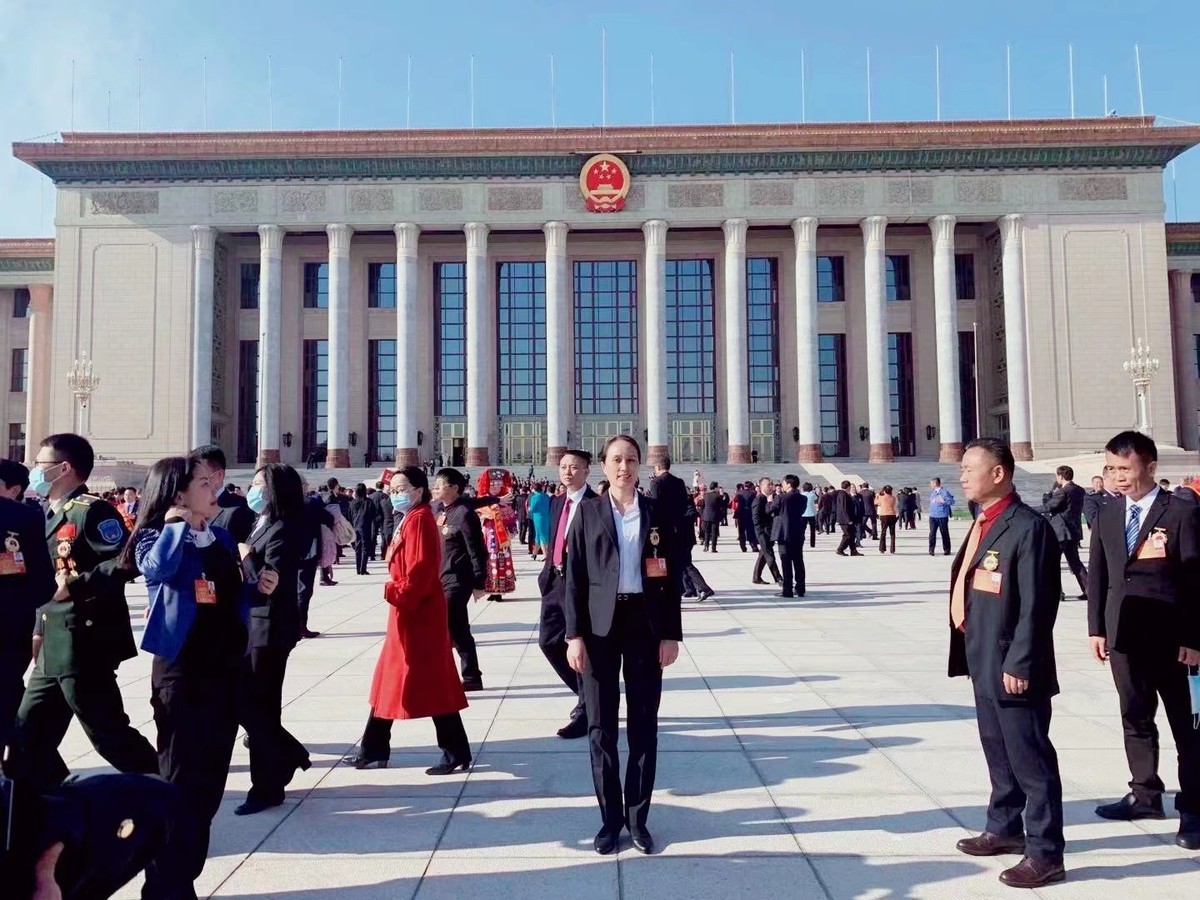 Wei Deying, from Nanri island in Putian, Fujian province, attends a ceremony honoring the National Model Workers of 2020 at the Great Hall of the People in Beijing on Nov 24. (Photo provided to China Daily）

Nanri, an island township in Putian, Fujian province, has a population of about 58,000 but only one clinic－Nanri Health Center. Wei Deying, 51, is one of the 90 medical workers.

Wei looks skinny in her loose-fitting nurse's uniform. She has been working as a nurse and midwife at the center since graduating from junior college in 1989. What she has instead of paper degrees are practical skills acquired over 30 years of practice to ease the pains of her patients.

"I was born in Putian, and have been working on Nanri island for three decades. My duty is to help women deliver their babies," Wei said with the distinctive accent of a south Fujian native.

Nanri, the third-largest island in Fujian, comprises 52 small islands, most of them inhabitated. The only way to get to the mainland is by ferry from one of the islands to Putian's Shicheng port, with trips taking from 20 to 40 minutes, depending on the weather. From the port, it's about an hour's drive to the city center.

But ferry services end at 4:30 in the afternoon, so if you want to leave the island in the evening, the only choice is to hire a local fisherman to take you by boat－without your car.

"A fishing boat might take up to an hour or longer," Wei said.

To handle emergencies, Wei and her colleagues take turns sleeping in the health center. When case is beyond their treatment ability, they escort the patient to a larger hospital on the mainland for treatment.

"In many cases, the ferries are not working, so we have to ask the fishermen for help, asking them to rent their boat to us," Wei said.

She has encountered many different problems in women giving birth when women having trouble giving a birth, such as complications with the placenta or postpartum bleeding. A raincoat and boots are always ata the ready in her office desk.

"Such occasions were quite frequent in past years," Wei said. "I can't actually remember how many times I had to rent a boat from a fisherman to escort the patient."

With a declining birth rate in the islands and an aging population, Wei's main job duties are changing. Since about 2011, she and her coworkers and doctors from the city－sponsored by the local government－have been going to residents' houses to check their health at no charge.

"Few young people choose to come back to the island to work after they graduate, so the population of the islands is aging, and many of the elderly residents have chronic diseases. So we make the free house calls," Wei said.

In 2014, Wei learned to perform a vaginoscopy, so women living on the island do not need to go to the city 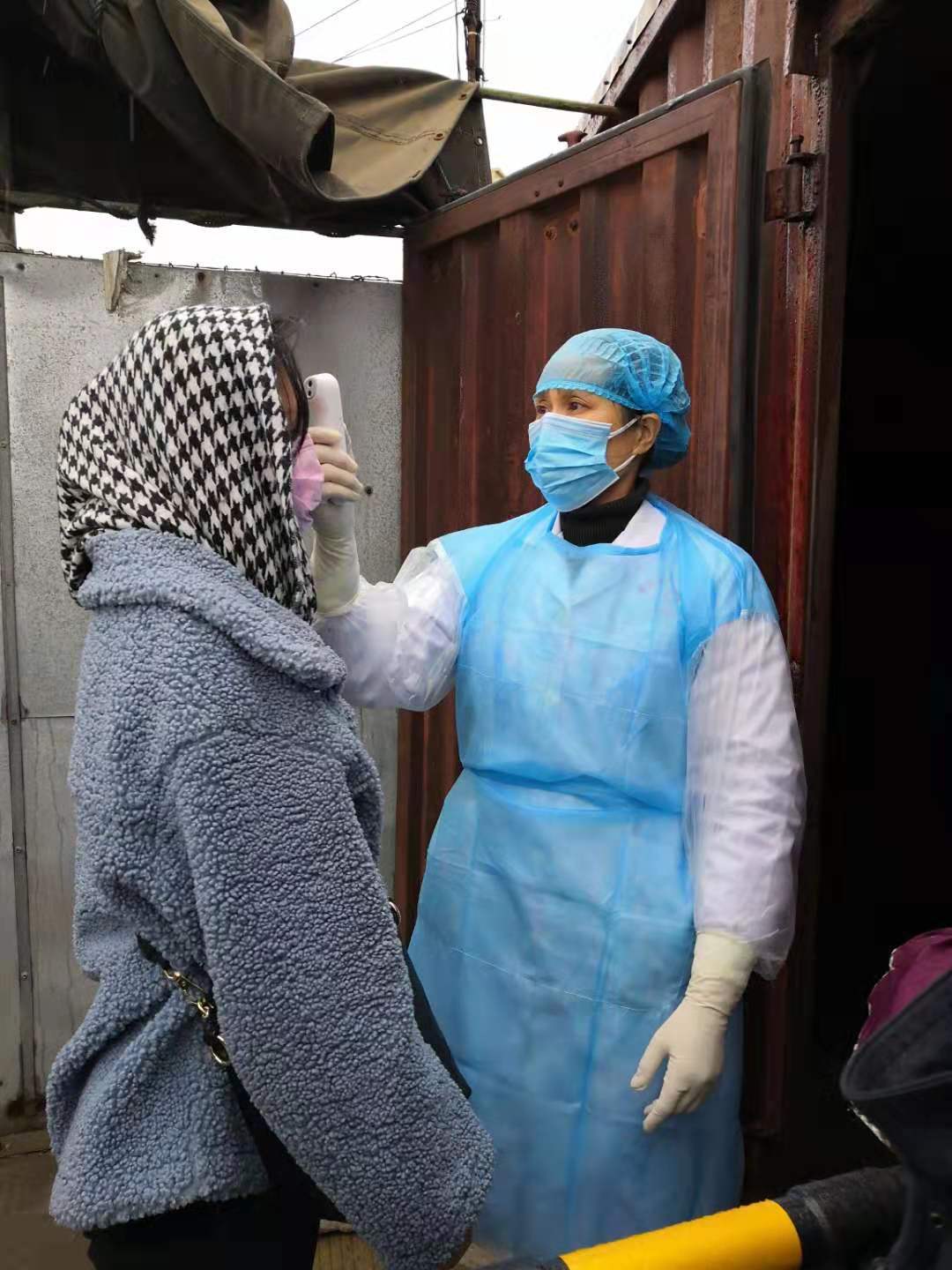 When the coronavirus struck the country during last year's Spring Festival, Wei called-off her holiday with her family as she had done many times in the past when she was needed as a medical worker.

From January to March last year, she took the temperatures of people entering the island and collected throat and nose swabs from potential coronavirus carriers for testing.

Wei seems shy and not very talkative. But when it comes to work, she is tough. Wearing a multilayered protective suit, protective glassed and carrying 10 kilograms of disinfectant on her back was Wei's daily look during the epidemic control work last year. She bore the responsibility with a strong mind and body.

"I was not able to spend much time with my family in past years, and I feel in debt to my son," Wei said. Now, her son, who is 23, is working in the Changle district of Fuzhou, the provincial capital, about 110 miles from Putian.

"I retired in March last year, but the health center needed me and asked me to come back," Wei said. "So I'm back to work. I will continue work as long as I am needed."

Looking ahead to that day, she said: "This will be my first time entering the Great Hall, and I'm really excited."

The people she has served over many decades would be glad to hear it.

Hu Meidong in Fuzhou contributed to this story.