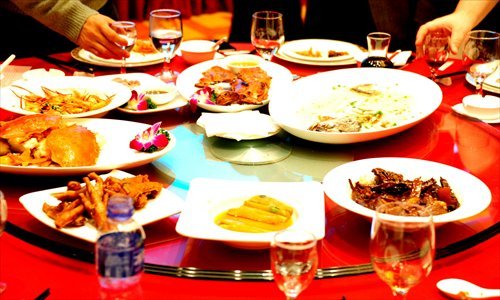 A county government in Northwest China's Gansu Province recently prohibited members of the local civil service from drinking alcohol during public events and in their private lives, generating a buzz on Chinese social media.

The ban, issued in July by the Qingcheng county government, requires government employees to stay away from alcoholic beverages at all times even after work, the notice said.

Special occasions where drinking is unavoidable, such as receptions, business events and private matters including weddings and funerals, must be reported to supervisors and approved in advance, according to the notice.

The ban created a story on China's social network Sina Weibo, with some netizens supporting the move to regulate the behavior of government officials, while others said it was an abuse of power to ban an employee from drinking alcohol when they are not working.

"As a government worker, I stay away from alcohol at all times. However, I do not think that the government should make the decision for me and make it a written rule," one Weibo user commented.

Others argue that the prohibition is mainly aimed at curbing a bad practice among member of the civil service who urge each other to drink alcohol at banquets and to prevent bribery. They also noted that the notice has left room for drinking during special occasions, reflecting the flexibility of the rules.

Making excessive toasts with expensive baijiu (Chinese spirits) at banquets was often seen among some civil servants, and those who ended up drunk created a bad image of the government. Strict bans on alcohol will also cut government expenses, increase officials' work efficiency and save time spent at lavish banquets, some observers said.

Qingcheng is not the only government to ban drinking alcohol by local government workers.

Nanyang in Central China's Henan Province banned alcohol consumption by public service personnel in June, stating that regular and random inspections will be carried out across the city.