Nyingchi to Lhasa line to open by the end of June 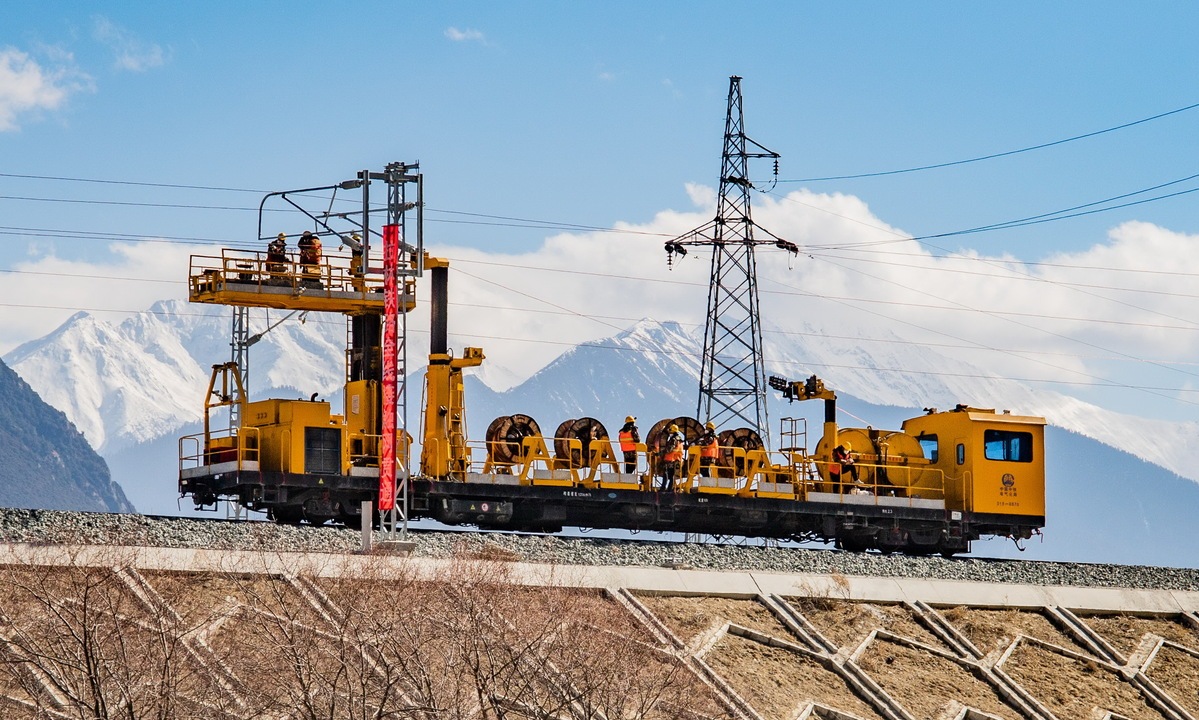 A construction crew sets up electrical lines for the Lhasa-Nyingchi railway in the Tibet autonomous region in February. (Photo: Xinhua)

A railway linking Nyingchi and Lhasa in the Tibet autonomous region is expected to open by the end of June, the Ministry of Transport said on Wednesday.

It is a section of a line that will eventually connect Sichuan province and Tibet.

"Construction of the (Sichuan-Tibet) line will last for more than 10 years due to the complicated geological and climate conditions and fragile ecology," Wang Yang, the ministry's chief planning officer, said at a news conference in Beijing.

The 1,838-kilometer Sichuan-Tibet railway project has been divided into three parts for construction and operation.

Work on the middle and most challenging section, connecting Ya'an and Nyingchi, began in November.

The ministry has been building roads to support construction of the line, Wang added.

The Sichuan-Tibet railway is a major transport construction project during the 14th Five-Year Plan period (2021-25).

Vice-Minister of Transport Wang Zhiqing told the news conference that China is on its way to becoming a world leader in transport.

In the next five years, the ministry will focus on building a balanced transport network that will close gaps between regions, urban and rural areas, and different modes of transport.

China also aims to build an integrated transport network, he said, adding that could allow a passenger to use a single ticket for a journey that included travel by airplane and bullet train.

Cargo could also be transported via ship, train and plane with only one receipt.

By 2035, when China realizes basic socialist modernization, the country is expected to have an adequately supported transport network that satisfies people's needs.

By 2050, China is expected to become a world leader in transport, with people enjoying their travel experience and freight benefiting from a convenient logistics network.