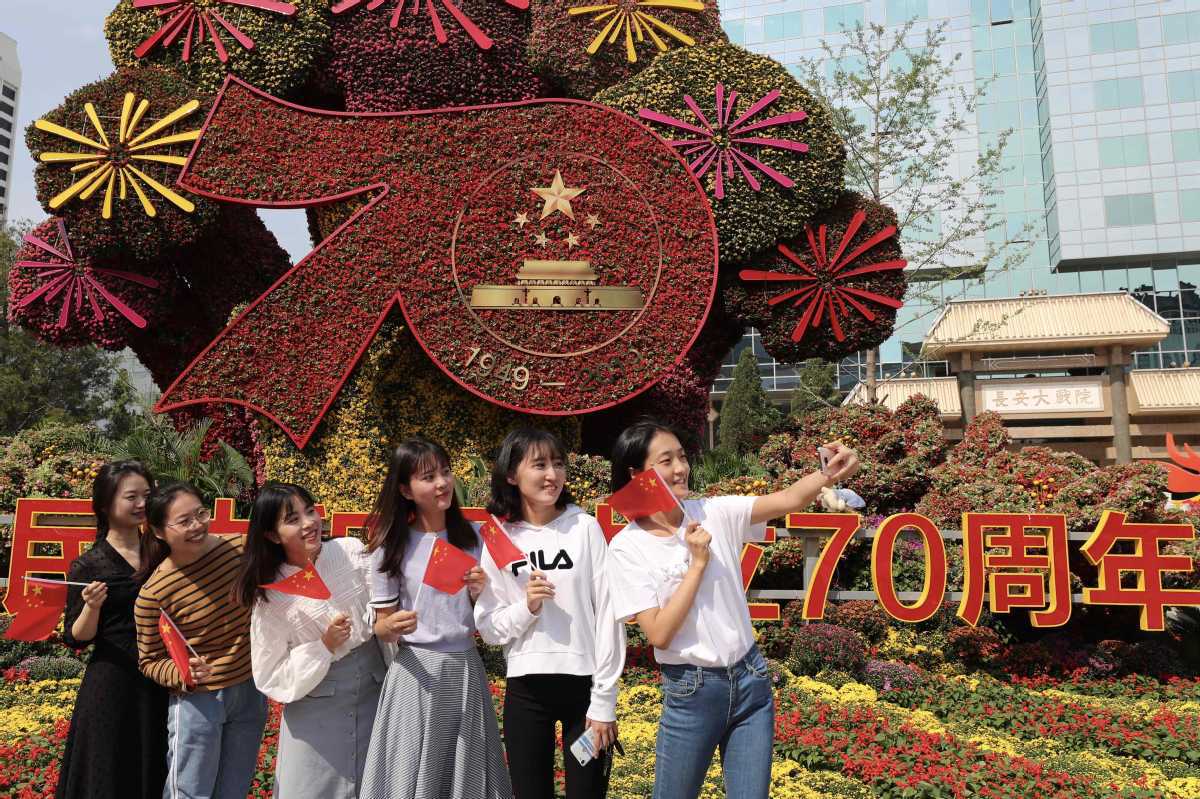 China's economy and society have undergone sea changes in the past seven decades, and so have people's occupations.

In the early years after the People's Republic of China was founded in 1949, the majority of the population worked as farmers. At that time about 180 million people were employed, and only 8.3 percent of them worked in urban areas, data from the National Bureau of Statistics (NBS) showed.

Given the huge size of the Chinese population and the challenges of transforming from a planned economy to a market economy capable of pursuing high-quality development, China has been largely successful in keeping employment stable over the past 70 years.

On top of that, China has seen constant improvement in its employment structure, with new jobs popping up as a result of an evolving economy.

There was no standard classification for jobs in 1949. A popular saying of "360 professions" generalized the various occupations before 1999, when China released an official reference book on occupations

An updated version of the reference book was rolled out in 2015, with 526 manufacturing jobs such as open-hearth steelmaker becoming obsolete, while some 81 new service-related professions such as courier were included.

The rising urban demand for services has attracted farmers like Chang Baohong to seek job opportunities in cities. The 34-year-old man is now a deliveryman working for the country's largest online food delivery-to-ticketing services platform Meituan Dianping, and he can deliver 50 orders per day with the help of smart apps.

In 2018, around 46 percent of the employed people worked in the tertiary industry in China. "This is an indicator of China's transformation to a service-based economy," said Lai Youwei, head of Meituan Research Institute.

Unlike Chang, entrepreneurial Liao Zaijie, who calls himself a "new farmer," chose to seek his fortune in the country's rural areas.

Encouraged by the country's mass innovation and entrepreneurship campaign, Liao decided in 2015 to return to Hubei Province's countryside to start his own business by helping local farmers sell agricultural products through e-commerce platforms.

As of June this year, Liao's sales volume on Pinduoduo, a social e-commerce giant with a huge consumer base in rural areas and small cities, reached 65 million yuan (about $9.16 million).

By the end of 2018, a total of 7.8 million people like Liao had returned to their rural hometowns to start businesses, promoting the application of new technologies, new varieties and expanding new markets, NBS data showed.

As the Chinese economy is shifting from high-speed growth to high-quality development, new jobs requiring new skills and knowledge have appeared in various industries, attracting a relatively stable number of workers, according to the Ministry of Human Resources and Social Security.