Air pollution will last longer and cover a wider area across China this autumn and winter than previous years due to unfavorable meteorological conditions, a senior official from the Ministry of Ecology and Environment said at a news conference on Tuesday. 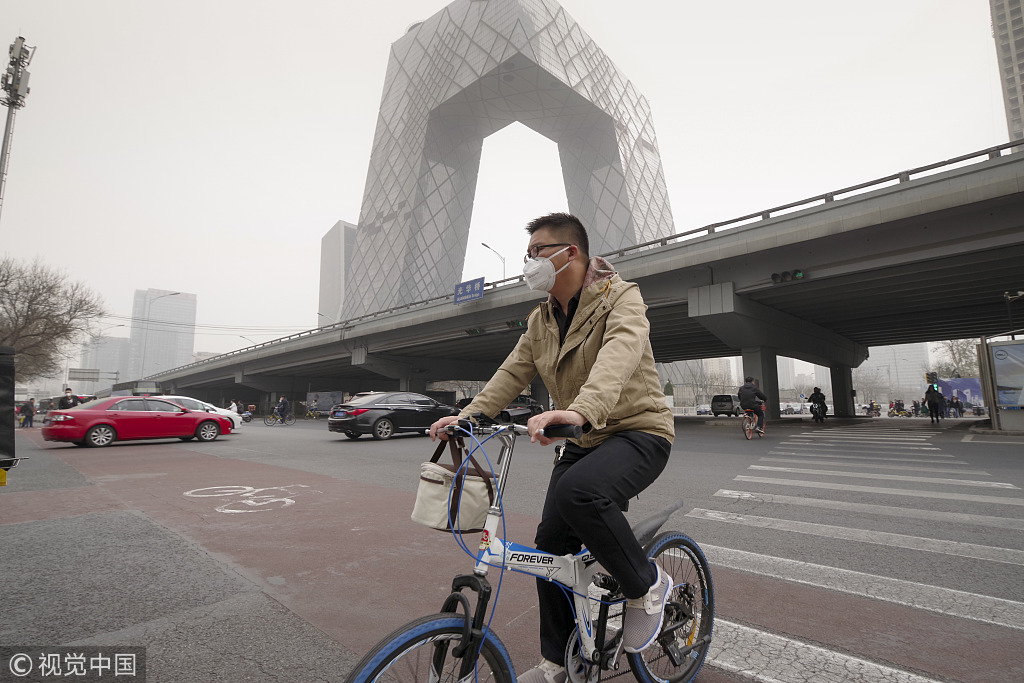 Liu Youbin, a spokesman for the ministry, said the government will put in more effort to offset negative impacts from the weather and have set a higher goal to fight pollution.

"It turned out the improvement of air quality in past years was the result of human effort and natural favor. Last winter the air quality improved a lot compared with normal years, 30 percent of it was from good weather conditions, while 70 percent was from the government's control and treatment," Liu said. "We have more difficulties and pressures this year because of unfavorable weather. Higher temperature and less rainfall since September has increased ozone density and made pollutants harder to disperse.

According to the ministry, September days with ozone as the top pollutant accounted for more than 95 percent of polluted days in 337 cities. The average density was 157 micrograms per cubic meter, up 23.6 percent year-on-year.

To prevent pollution from getting worse, the ministry has set a higher goal.

The average density of PM2.5 in Beijing, Tianjin, Hebei province and the surrounding areas should drop by 4 percent compared with the same period last year, according to the plan. Last year's goal was 3 percent.

"Different cities will have different standards based on their conditions. Those who fail to meet their air quality improvement targets will be held accountable," Liu added. "In the coming months, we will make every effort to implement all tasks, vigorously reduce the emissions of major air pollutants and ensure the completion of the goal to improve air quality in autumn and winter."