Spacious new houses, concrete roads, booming rural homestays and an 8-kilometer rafting waterway: The village of Dawan in Jinzhai County is very much under construction. 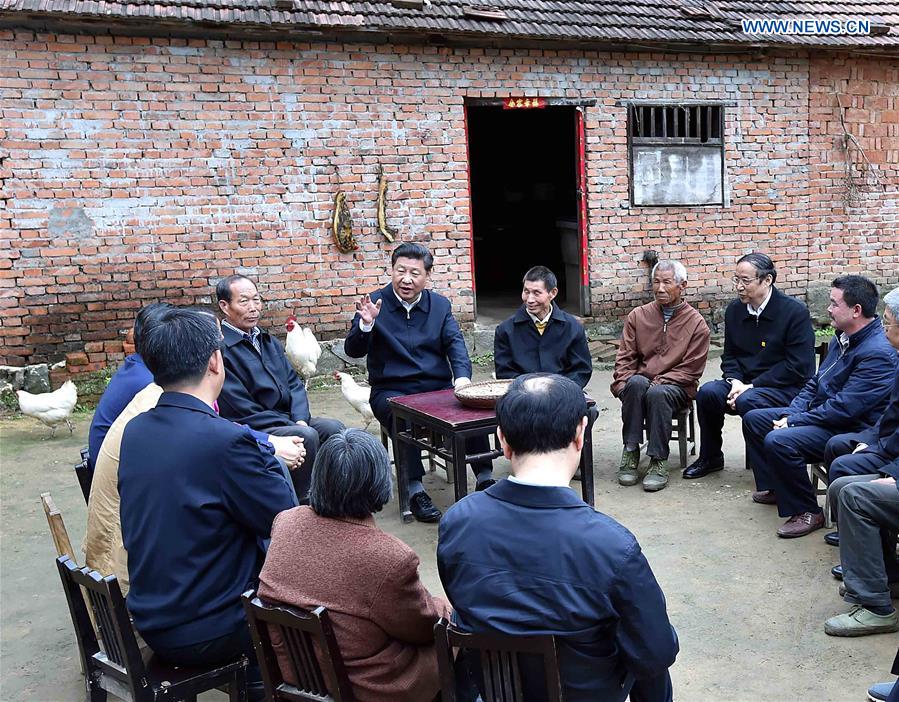 Xi visited families, chatted with villagers and called for efforts to win the battle against extreme poverty and fulfill commitments to the people.

Yu Jing, the first secretary of the CPC Dawan Village Committee, has been working on the frontline of extreme poverty alleviation for five years. 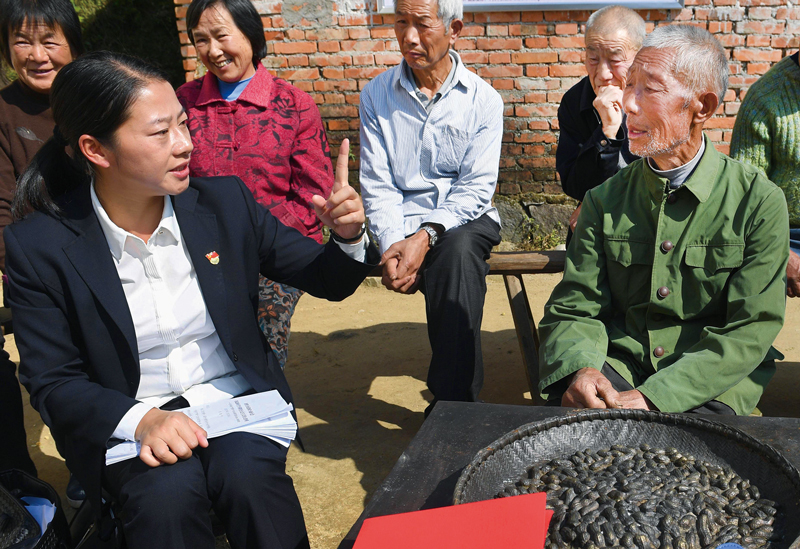 Yu promised Xi she would not withdraw from her post until all the village’s families were lifted out of extreme poverty.

There are four families left. They will be taken off the list by 2020, Yu pledged.

“After his arrival along the mountain road by car, President Xi visited five families without taking a rest,” Yu said. 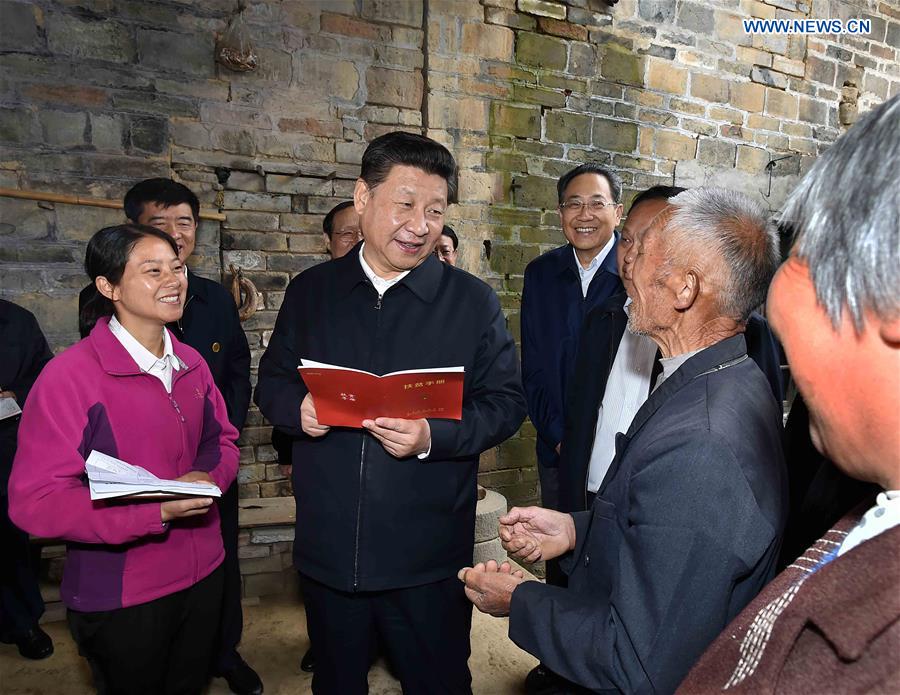 Hearing Wang's wife suffered high blood pressure, the president asked questions: “How is the blood pressure now? What about the low blood pressure?” Xi made detailed enquiries about medicines and costs.

In the kitchen, Xi inspected the water basin.

“President Xi regarded the poor people as his families and asked and observed carefully,” Yu said.

Chen Zeshen, a villager raising his grandson alone, was asked by Xi about the child’s studies.

Chen’s grandson is studying in Hefei, the capital city of Anhui Province.

Children should not lose the race at the starting line, the president said. Backward education only makes generations fall behind, and mastering a skill enables people to live on their own, he said.

In the backyard of Chen’s house, Xi chatted with villagers.

Xi said no one should be left behind in the country's building of a moderately prosperous society in all respects, and old revolutionary areas in particular should not be ignored.

“President Xi told us we were in the final push to achieve the target of poverty eradication and we must grasp the nettle,” Yu said. “His words made me aware of the heavy responsibility on my shoulders.”

Yu started work as the first Party secretary for Dawan in July 2015.

Yu visited nine families in the mountains to try to persuade them to settle downhill.

For those unwilling to move, Yu reminded them to consider their old age and mentioned the better living conditions and transport at lower altitudes.

Chen Zeping was among the first to heed Yu. 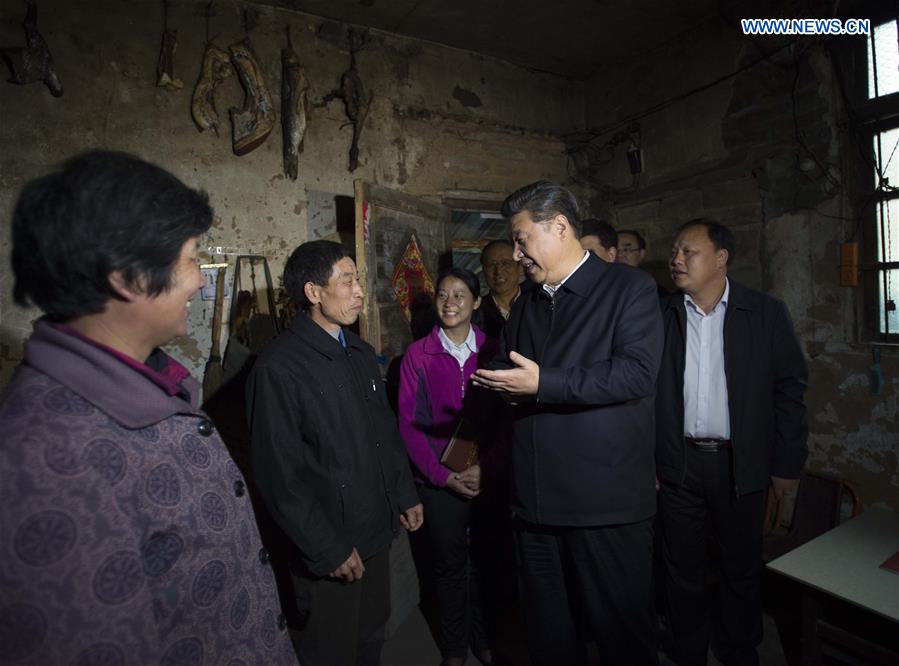 His family moved into a 75 square meter, two-story house, based on the standard of 25 square meters a person.

Thanks to subsidies, resettlement hardly cost Chen Zeping a penny.

“President Xi told us that long-term mechanisms should be established persistently for people to steadily make their way out of poverty. I have always kept that in mind,” Yu said. 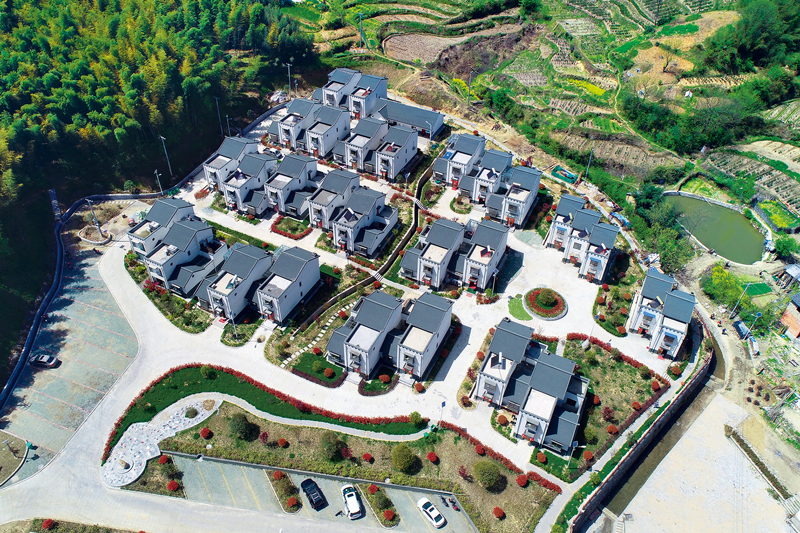 Yu has visited every family in the village, visiting the poorest households every month.

On the day of his visit, Xi urged CPC committees and governments at all levels to win the fight against poverty in a targeted manner and bring a happy life to residents in the old revolutionary base areas.

“I was deeply touched by his care for people here,” Yu said.

In the past few years, Yu tried to provide more job opportunities and income sources for villagers by developing a tea business and rural tourism. 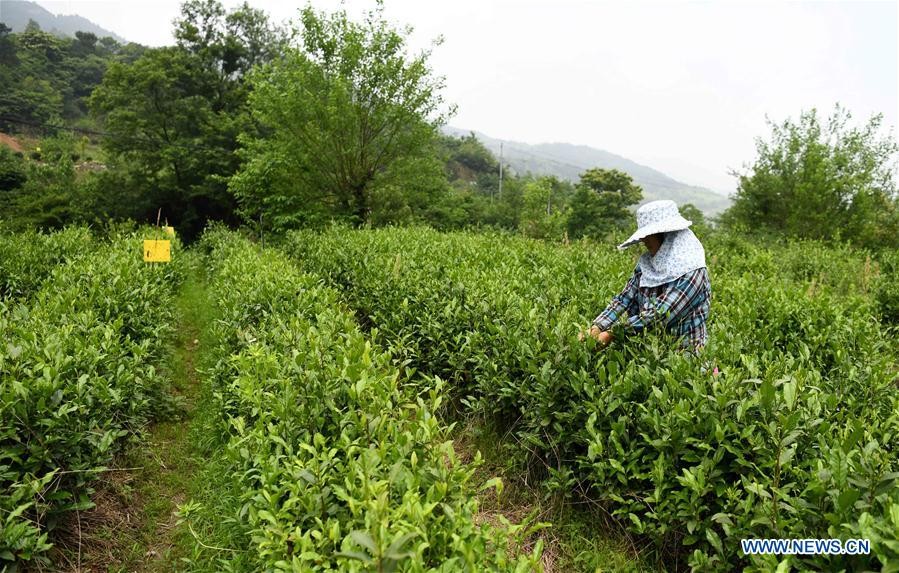 A farmer is picking tea leaves at a tea garden in Dawan Village, Jinzhai County in East China's Anhui Province.

Yu said that lifting people out of poverty is just the first step and establishing a stable long-term poverty alleviation mechanism with a focus on industrial development is the next goal.

“I didn't bargain on living in such a good house!” Chen said. “For the sake of the Party and President Xi, I can enjoy my life at this age. In order to reassure the general secretary, I must live happily.”