CHINA Official: It's time to correct 'fallacies and misunderstandings' in Hong Kong

Official: It's time to correct 'fallacies and misunderstandings' in Hong Kong

The time has come for authorities to correct a series of "fallacies and misunderstandings" in the Hong Kong Special Administrative Region (HKSAR), an official said on Tuesday.
The current discussion on the standard issue of those who rule Hong Kong is necessary, Zhang Xiaoming, deputy head of the Hong Kong and Macao Affairs Office of the State Council, said via video link at the Basic Law 30th Anniversary Legal Summit.
As 2020 marks the 30th anniversary of the promulgation of the Basic Law, the Department of Justice of the Government of the HKSAR hosted the Legal Summit virtually on Tuesday.
"In Hong Kong, there were sayings such as 'the standing committee's decision interfered with Hong Kong's high degree of autonomy,' 'asking civil servants to take an oath was to violate their political neutrality,' and 'national education is brainwashing,'" Zhang said.
He pointed out that "these sayings showed the lack of a comprehensive and accurate understanding in 'One Country, Two Systems,' or was a deliberate effort to mislead the public." \ 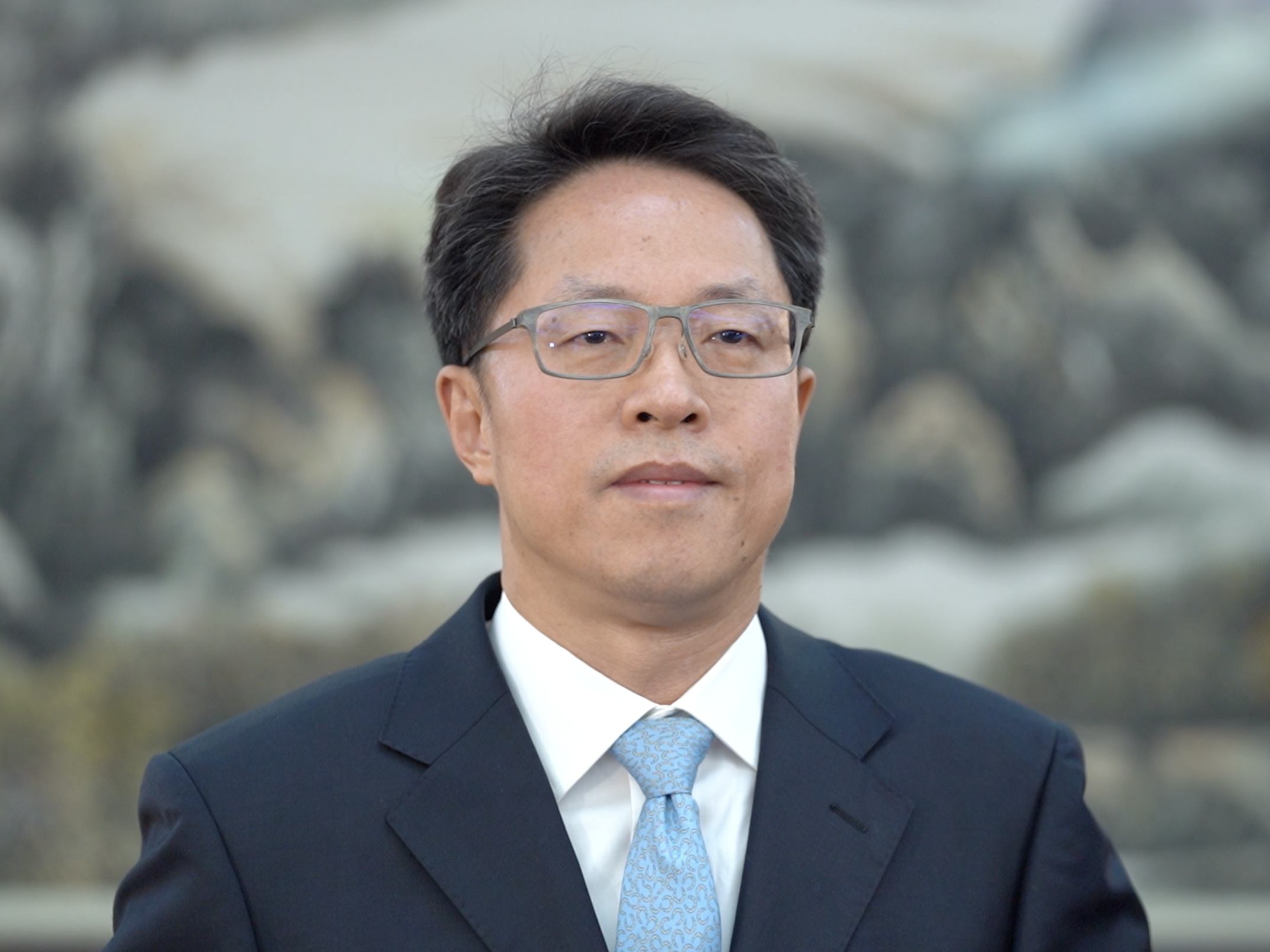 China's top legislature last week adopted a decision that would immediately disqualify Hong Kong Legislative Council (LegCo) members who endanger national security, support "Hong Kong independence" or seek foreign meddling in Hong Kong affairs if approved by the HKSAR government. The HKSAR government disqualified four LegCo members with immediate effect.
In referring to this, Zhang stressed the Standing Committee of the National People's Congress (NPC)'s decision not only provides a solid legal basis on current issues but also establishes rules and regulations for dealing with such issues in the future.
"Hong Kong's administrators must be patriots, and people who are anti-China and cause trouble in Hong Kong must be kicked out. This is a political rule under 'One Country, Two Systems,'" Zhang said.
"We need to see the Basic Law as something that is alive so we can interpret the Basic Law whenever necessary," he said.
Zhang said he is glad that the HKSAR government is looking to push through more "Basic Law-related work" like improving its systems on civil servants' oath-taking, national education and lawmakers' qualifications.
The official said he noticed that the Hong Kong society has hotly debated judicial reform, adding that "even Western countries' judicial systems have been reformed constantly; this would not affect their judicial independence." 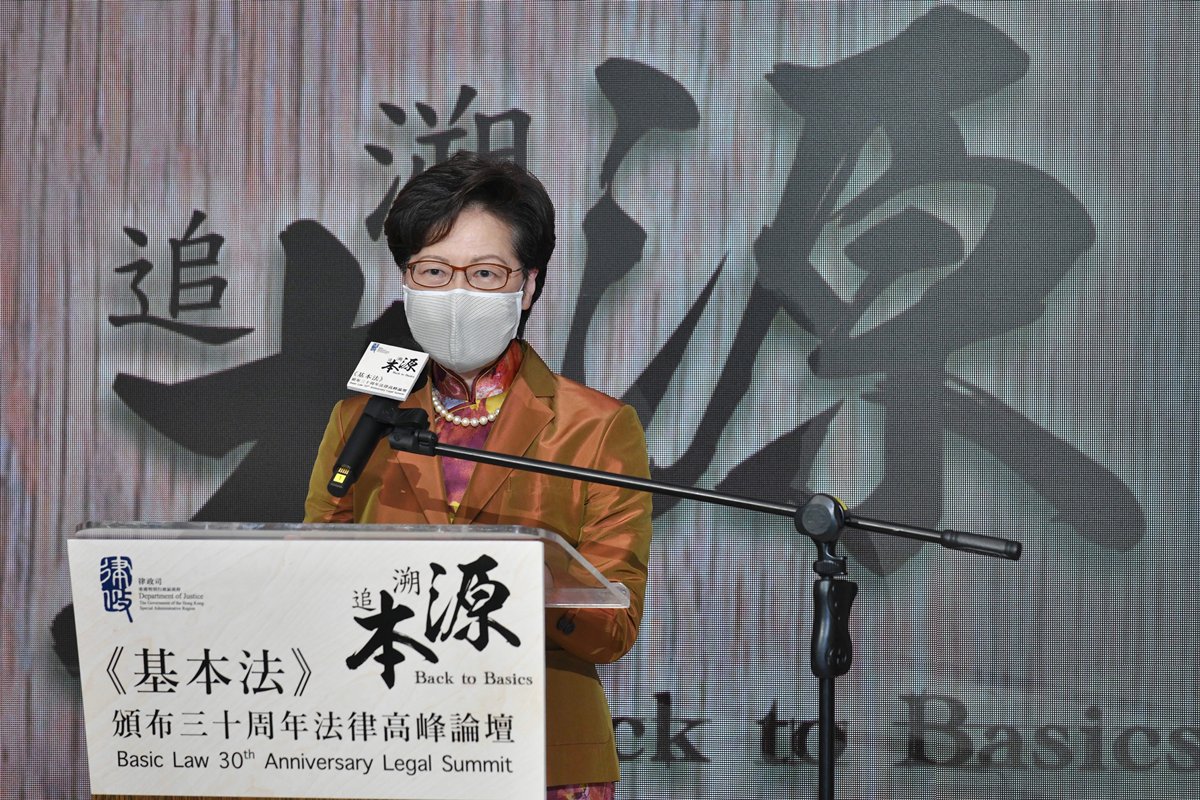 Two constitutional issues
Speaking at the Legal Summit, Chief Executive of the HKSAR Carrie Lam stressed the NPC Standing Committee has the power to interpret and supervise the implementation of the Basic Law and to deal with constitutional issues according to law.
She noted two constitutional issues had arisen in Hong Kong in the past few months that the HKSAR could not resolve.
One of the issues was that the HKSAR government's postponement of the LegCo general election for a year due to the epidemic, resulting in a vacuum in the LegCo. The other is the extension of the eligibility of the four members of the Sixth Legislative Council, who the Electoral Affairs Commission (EAC) ruled did not support the Basic Law and disloyal to the People's Republic of China, she said.

According to Lam, she had twice requested the central government and the NPC Standing Committee to resolve these two issues from a constitutional perspective.
She also stressed that the relevant actions were in line with the Constitution and the Basic Law, were justified and could not be slandered by foreign governments or political organizations.
"Any criticism of the rationale for the NPC Standing Committee's decisions would be self-defeating."