Preparation for all civil servants in the government of the Hong Kong Special Administrative Region (HKSAR) to declare allegiance to the Basic Law in one go will be completed soon, Secretary for the Civil Service Patrick Nip said on Wednesday. 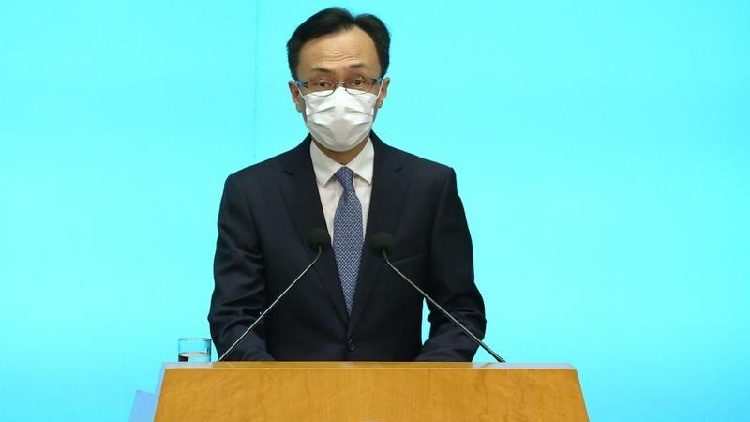 When answering a written question from lawmakers, Nip stressed that civil servants must uphold the Basic Law and pledge allegiance to the HKSAR.

Upholding the Basic Law and swearing allegiance are basic responsibility and requirement, and if they refused to do so, it would make people question their qualification to serve the city, he said.

Nip also said the preparation work for civil servants to swear allegiance will be finished soon, but he didn't give a timeline.

Nip said the bureau will consult the Department of Justice and civil service groups to finalize what follow-up action may be taken if a government member of staff declines to declare allegiance, and they will make it public soon.

Last week, Chief Executive Carrie Lam said in her fourth policy address that "pursuant to Article 99 of the Basic Law, civil servants must dedicate themselves to their duties and be responsible to the HKSAR government."

Nip said earlier that 2,980 new recruits who joined the government from July 1 had already signed a document to uphold the Basic Law and pledge allegiance to the HKSAR.