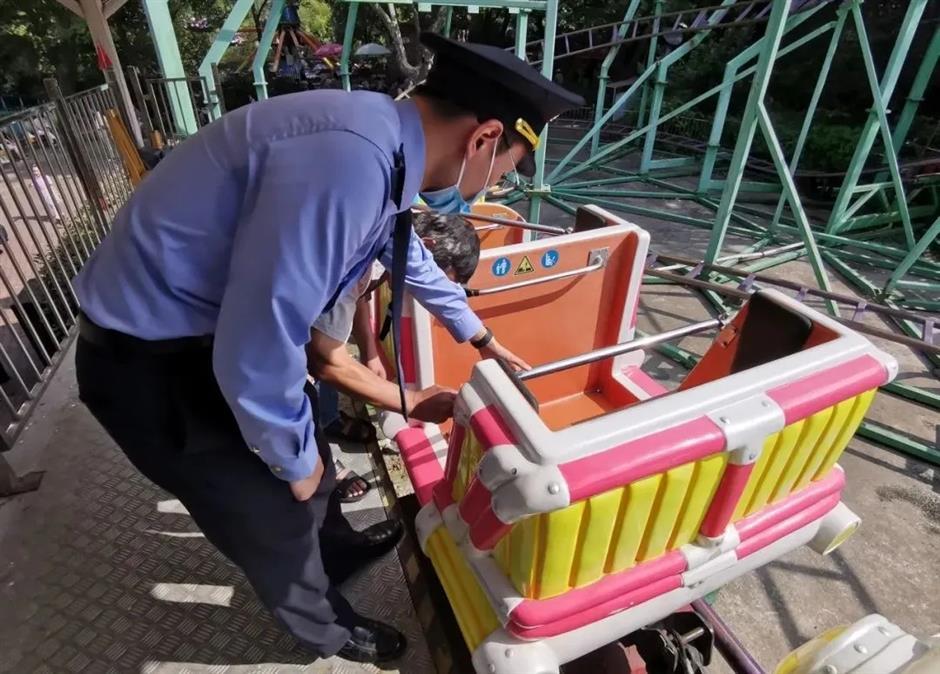 An official checks a carriage at People's Park.

Shanghai's market watchdog has reported 26 potential hazards after a blanket inspection of amusement facilities following a fire at a scenic attraction in Shanxi Province that killed 13 people.

As of Friday night, 241 facilities at 55 large amusement locations in the city had been checked, and 26 potential hazards identified, the Shanghai Administration for Market Regulation said. Hazards included safety management loopholes and signage.

Management was ordered to fix the problems.

A blaze at an ice lantern and snow sculpture pavilion at the Taidai Mountain scenic area in Taiyuan, Shanxi Province, on Thursday afternoon killed 13 with another 15 hospitalized. 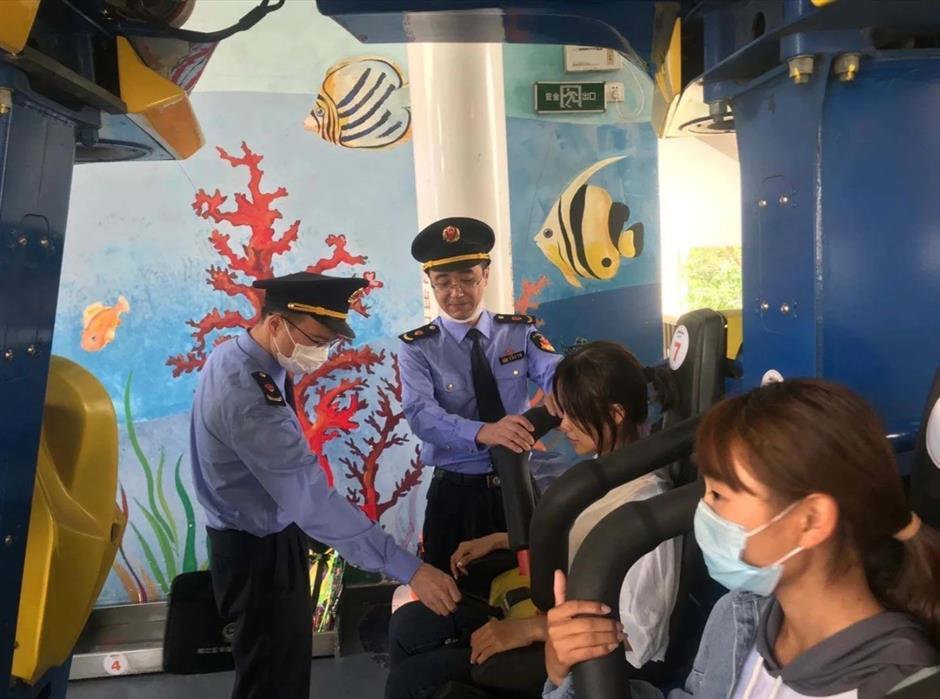