Officials in Guangzhou punished over COVID-19

Two deputy mayors of Guangzhou, Guangdong province, were among 20 Party and government officials disciplined after the latest outbreak of COVID-19 related to imported cases between May 21 and June 19, a statement released by the Guangdong Commission for Discipline Inspection said on Thursday. 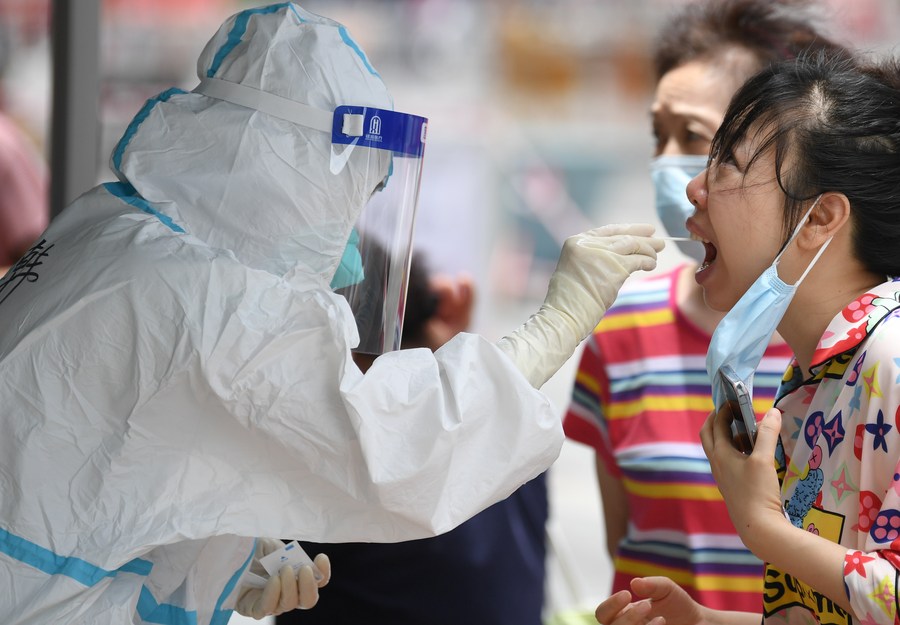 A medical worker in protective suit collects a swab sample from a woman for COVID-19 nucleic acid testing in the subdistrict of Baihedong in Liwan district of Guangzhou, South China's Guangdong province, June 12, 2021. [Photo/Xinhua]

Both Chen and Li were investigated in connection with responsibility for the COVID-19 outbreak, the statement said.

Huang Guanglie, Party secretary and director of the Guangzhou health commission, was dismissed from his position. Huang was also given an intra-Party warning and administrative demerit.

Hong Qian, Party chief and director of the Guangzhou bureau of commerce, and Hu Wenkui, deputy director of the city's health commission, were also given serious intra-Party warnings and administrative demerits.

Others who were held accountable, given administrative downgrades or related punishments mainly include officials from the health commissions at the city and district levels in Guangzhou, as well as others at the district, subdistrict and community Party level, the statement said.

The punishments were given for officials' failure to act aggressively enough against the coronavirus.