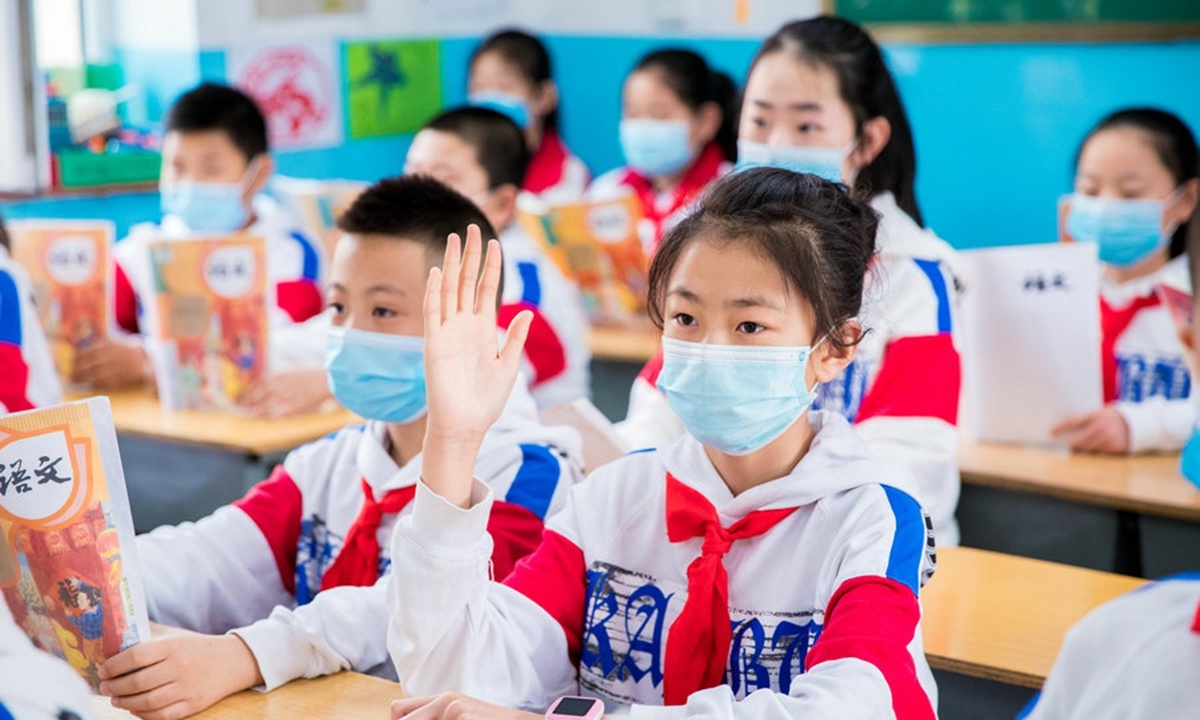 A student raises her hand to answer a teacher’s question at a grade school in Yuquang District of Hohhot, capital of north China's Inner Mongolia Autonomous Region, on May 7.  Photo: Xinhua

Senior officials in North China's Inner Mongolia held a meeting Friday where they vowed to review problems that occurred in the region's promotion of bilingual education reform in local schools after the policy triggered controversy in some ethnically populated regions in early September.

The meeting of the regional Party committee aimed at investigating the problems that happened in promoting bilingual education and Inner Mongolia's ethnic policy, and making self-examination of officials' shortcomings, the Inner Mongolia Daily reported on Saturday.

"We must unswervingly promote the bilingual education reform so that people of all ethnic groups can master the national common spoken and written language from an early age," Shi Taifeng, Party secretary of Inner Mongolia, said during the meeting.

"We should clarify the relationship between commonality and difference. Promoting the education of the awareness of the Chinese nation's community in a normalized and long-term way," Shi said.

"This meeting was a reflection into Inner Mongolia's bilingual education reform, and a way to push forward the strengthening and improvement the ethnic work in the region."

The Inner Mongolia government in August released new education regulations that said students entering the first grade in ethnic primary and middle schools will use unified national textbooks for Chinese language and literature and their courses would be taught in the national common spoken and written language.

But later the local government of Xilingol League in Inner Mongolia issued a detailed explanation, guaranteeing that the new regulation doesn't signal a cancellation of classes taught in the Mongolian language, nor does it mean the end of preferable policies aimed at helping ethnic minority students get into college.